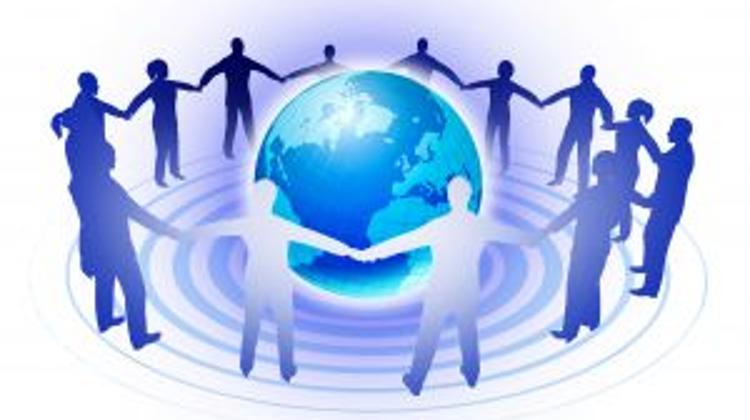 "In January, the Dutch Embassy became the first embassy in Hungary to go Fair Trade. The embassy just placed their first order of Treehugger Dan's Fair Trade Kafequo coffee (55% arabica/45% robusta). The beans come from Peru and Tanzania, and are mixed and roasted by Caffe Agust in Italy. This move was quickly followed by the Gambian Embassy.

The Gambian Embassy is using Treehugger Dan’s gold medal-winning Fair Trade organic 100% Arabica Naturequa coffee (Guatamala, Mexico, Peru, Columbia). The Canadian Ambassador's Residence will also begin using Fair Trade coffee from Treehugger Dan’s this month. The Slovenian Embassy has begun using our Fair Trade organic teas. Many thanks to the embassies for this historic and meaningful initiative, which will have beneficial impacts on the lives of small farmers in the Third World as well as the environment; and of course on the domestic Hungarian Fair Trade movement. Some of the embassies have contributed information about their initiatives below.

Dutch Embassy - Fair Trade: THINK GREEN!! - Wijnand Folkeringa, Attaché, Administrative and Consular Affairs
The Embassy of the Kingdom of the Netherlands in Budapest recently started using Fair Trade coffee in its office. This change is the first of many steps in order to transform the operational management into one with respect for nature.

‘Global warming, fair trade, sustainable management, think green, waste management but also reduction of energy costs’ - it is hardly impossible not to be confronted with these words on a daily basis. This is an important sign that the awareness on using our environment in the most sustainable way possible is still developing. We think this is important.

Apart from the environmental issue, it is also a matter of common sense. Why would you leave the light on in your office or kitchen if you are not there? Why would you not turn off your computer screen and printer when leaving home or turning off your personal computer? Although it does not seem to cost so much energy, it still is energy wasted and if everybody turns off their screens and printers, it does make a difference. If you don't do it for the money, then just do it for the environment. It is a matter of changing your mentality and it is totally free of charge. Trust me: that is something Dutch people like!

The Netherlands Embassy is not the only diplomatic service in Budapest which is making efforts to change for the better. The British Embassy in Budapest has started an initiative called: Greening Embassies. Its main objectives are Greening the Embassy buildings and operations, policies, facilities and transport fleet and raising awareness in Hungary and the region, including other Embassies in Budapest, sharing ideas, best-practices and green projects. After two meetings the Embassies of Australia, France, the Netherlands, Slovenia, Sweden, Thailand, and the United States of America and have joined the initiative to support each other in sustainable management.’

“The Slovenian Embassy in Budapest takes part in the "Budapest Greening Embassies" initiative. We introduced a number of little steps in the environmentally-friendly management of the Embassy - e.g. rationalising the use of paper and electricity, waste separation and recycling, reducing the amount of plastic waste, etc. I believe that Embassies' joint activities can contribute to greater visibility of environmental issues and more awareness of the need for environmentally friendly behaviour. Furthermore, it also gives us credibility when advocating our positions on curbing the climate change in the international arena.”

Canadian Embassy – Canadian Ambassador, Pierre Guimond
"Canadians realize the importance of all citizens doing their part to help protect the environment, and support sustainable patterns of production and consumption. Switching to Fair Trade organic coffee is one way in which we can show Embassy guests not only that we want to offer them hospitality. But that in so doing, we are not forgetting our obligation to treat the planet and all its inhabitants with consideration and respect."

U.S. Embassy Goes Green
Although the US Embassy has not switched to Fair Trade or organic yet, it has taken many exciting steps in the spirit of Secretary Clinton’s Greening Diplomacy Initiative. Some of the creative steps the embassy has taken to become more environmentally-friendly include:

Bike Rack – In an effort to promote the use of bicycles for commuting purposes, facilities maintenance has constructed two bike racks located at the Chancery and GSO Annex.

Florescent Bulbs – We have been converting non-florescent bulbs to florescent ones at the chancery in order to save on electricity. Nearly all bulbs are now florescent.

Remote Shut Down of Computers – We have instituted a remote shut down of computers at 8 PM every night, with restart the following morning. The computers shutdown automatically at night and on weekends on instructions sent from a remoter server. This energy saving innovation reduced the Embassy’s overall energy consumption by about 7% -- saving as much as $36,000 per year in addition to being more environmentally sound.

Replacing Bottled Water with Water Coolers – Facilities installed new water coolers on each floor to replace our bottled water coolers. This eliminates the pollution caused by transporting water and addresses the disposal issue of old containers. Water from the fountains is cooled and filtered, and hot water is available at sinks and kitchenettes, so the effect on employees was minimal.

Recharged Printer Cartridges – We are using recharged printer cartridges to reduce the number of old cartridges requiring disposal. Recharged cartridges are now issued to all employees unless they specifically request a new cartridge.

Recycled Paper – The Financial Management, Medical, GSO, Facilities Maintenance, and Management Sections have all started to use recycled paper whenever possible. The paper is A4 size, and although not appealing for external official letters, it is very functional for internal documents and printouts. We are actively promoting the use of this paper in other sections, and the percentage in use has grown considerably.

Duplex Printing – All embassy computers now have a duplex printing option enabled, so that you can print on both sides of each sheet of paper. Most employees have started using this function.

Reduction in the Number of Servers – IRM has been actively reducing the number of unnecessary servers at the Bank Center. This will result in greatly reduced energy consumption.

Improving Window and Door Seals – Facilities inspected the windows and doors at the embassy, improving seals where possible to better retain heat.