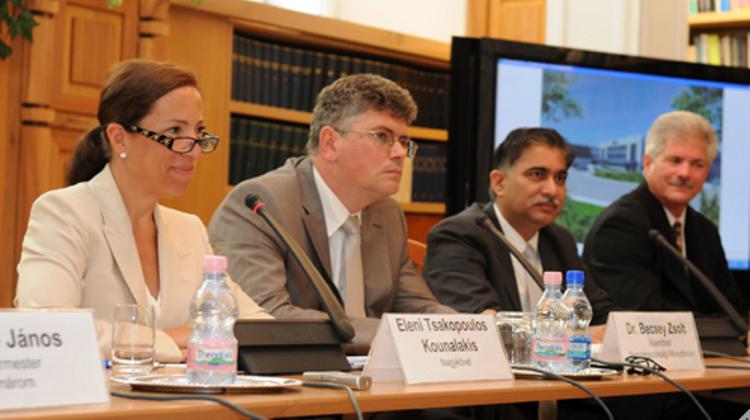 "U.S. Ambassador Eleni Tsakopoulos Kounalakis participated in a July 22 press conference at the Ministry of National Economy announcing the opening of a new pharmaceutical packaging center by Mylan, Inc. that will create 400 new jobs in Komárom.

The Ambassador said that since 1990 the value of U.S. foreign direct investment in Hungary has reached 9 billion dollars, which reflects well on Hungary’s ability to attract capital and the country’s economic climate.

Hungary’s geographical location, good infrastructure, and educated, motivated and creative work force are what attract American investors, the Ambassador said. Mylan will bring to Hungary a world-class operation, known for its top-in-class customer service and support. This, the Ambassador said, is the beginning of an important contribution Mylan will make to the Hungarian economy through wealth creation and employment.

U.S. company Mylan Inc., the third largest generic drug manufacturer in the world is going to establish a pharmaceutical packaging center in the Komárom Industrial Park. The project is expected to add approximately 400 new jobs to the local economy over the next several years. Mylan has acquired a 10,000 m2 facility in Komárom.

The facility will be modified to become a packaging center for oral solid dosage tablets and capsules received from the company’s manufacturing sites. The project will be limited to packaging, warehousing and support functions such as quality control laboratories. Over the next five years, the center will be equipped with blister packaging lines, bottling lines and high potency drug packaging lines. The project also will involve the construction of a 17,500 m2 warehouse facility.