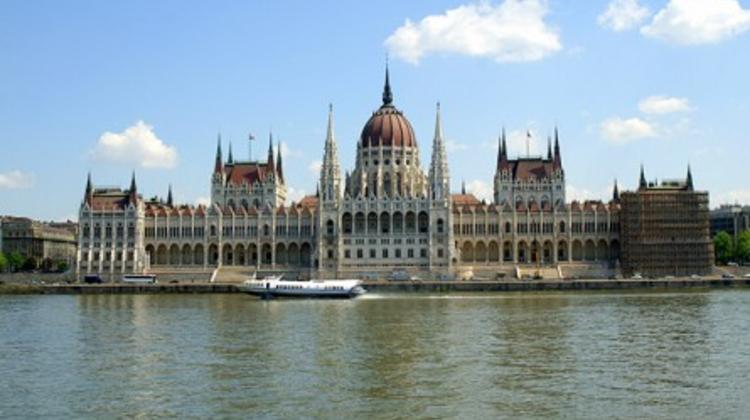 "The Eclectic Parliament building, stretching along the Danube Bank, was designed by Imre Steindl. Not only is it an impressive site, so are the dimensions: 268 meters in length and 118 metres wide. Inside the Hungarian Holy Crown and the coronation jewels are exhibited in the Dome Hall.

It encloses over 17,000 square metres; its corridors embrace ten inner courtyards. The best of the 19th-century Hungarian applied and fine artists worked on the iron-filigree on its wrought iron gates, on the chandeliers, on the frescoes decorating the facade and the halls, on the statues, and the golden ornamentation.

Building began in 1885 in Budapest, and although in 1896 the parliament session commemorating the Millennium (the 1000th anniversary of the Hungarian Settlement) was held here, the work was only completed in 1904.

The building is home to the public Parliamentary Library (Országgyűlési Könyvtár). There are guided tours to parts of the complex."