Budapest Airport Getting Back On Its Feet After Malév Collapse 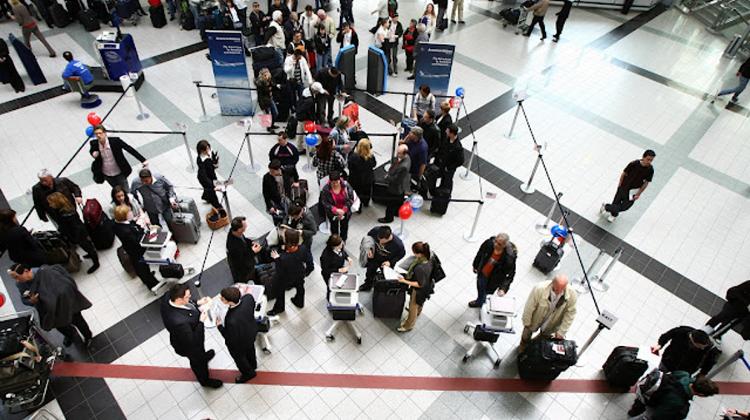 "Budapest Airport is pleased to report that following the events of Friday 3rd February, when the entire Malév fleet was grounded, a gentle calm has returned in the last 48 hours. Budapest Airport successfully used its Crisis Control Center, situated in Terminal 2, to manage the immediate effects of the national airline’s collapse with a primary view to ensuring that stranded passengers were attended to in the best possible way.


Apart from some transfer passengers who remained at the airport for around 36 hours whilst making their onward journey plans, the airport has now moved into the post-Malév era with a degree of optimism. Any remaining passengers requiring information about the former national carrier should contact the Malév call center using their website www.malev.hu

Looking ahead, no airport can comprehend losing its largest customer and the 2012 plans are being re-evaluated as part of the expected business review which will of course result in some short and long term changes. However, Budapest Airport remains committed to its goal of being the best airport in the Central/Eastern European region.

This vision clearly has merits because our other airline partners were very quick in their response, and commencing from the 6th February, a good portion of the lost traffic is already being picked up. Budapest Airport is grateful to airlines such as Wizz Air, Lufthansa, British Airways, Air France, KLM, Brussels Airlines and Norwegian, who have gone on sales with their confirmed plans using extra capacity or are starting new routes altogether.

Air Berlin should also be applauded for returning to the market from 6th February with a daily service to Berlin, possibly as a stepping stone to increasing their presence in the Hungarian market. When combined with the routes previously announced to start from the summer season, including the 5 new routes to be launched by Ryanair in March, there is life after Malév.

In the coming days, the airport’s airline development team will remain popular amongst airlines wishing to add Budapest to their network plans, indicating that employment impacts can also be mitigated if the right solutions for market recovery are found as soon as possible.

Passenger recovery can also be supported by the Hungarian authorities immensely by removing obstacles preventing airlines from picking up the lost Malév capacity. For example, there are 4 regulated agreements which allow only one Hungarian airline to fly routes to Turkey, Israel, Russia and the Ukraine.

On flights to and from these destinations, only Malév had the right to fly, therefore hundreds of thousands of passengers will not get this chance until there is increased capacity from either the other country’s designated airline, or from a new designated Hungarian airline such as Wizz Air.

It is important that the Hungarian authorities move quickly to close these gaps; otherwise the road to recovery will be much slower. The management of Budapest Airport will fully support the government in moving quickly if necessary.

The city of Budapest is a fantastic short break destination and will continue to be a magnet for airlines to fly to and from. Budapest Airport remains committed to returning to passenger growth levels as soon as possible."