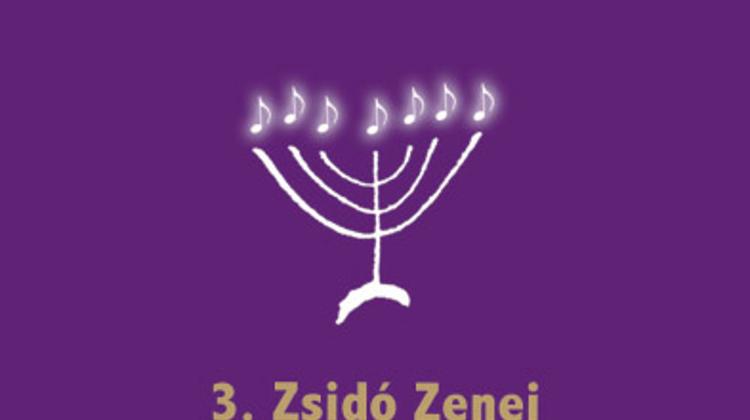 "Jewish music festival in Budapest in the Spinoza Theatre for the third time.

19 March, Saturday 7 pm Talmud, Torah, and all that - with music
Do the five Books of Moses form a useful guide for the 21th century? Can we forge a strategy of life from the Torah? Does the Jewish Bible help us to compose our philosophy of life? And does it help to give us our peace of mind?
Our Biblical guide:
György Gábor, philosopher
Conversation leader: Anna Sándor
Songs: László Fekete, head cantor of
the Dohány utca Synagogue
Price: 2000,-

20 March, Sunday 7 pm Music Party in the Dob utca
Excerpts from recordings of musical performances by famous Hungarian Jewish artists, among others:
Dezső Kellér - Poet of folk songs
Kabos - Arafat
Kabos-Kazal - Duet
Bessenyei - Fiddler on the Roof
Dénes G. - Songs in the Karády Club
And all this is followed by a number of musical surprises.
The famous musical excerpts are introduced, commented on, and spiced with his own stories by Tibor Kalmár, expert on the secrets behind the scene.
Price: 2000,-

21 March, Monday 7 pm Odessa, the Jewish Paradise?
Only one century ago Odessa was the third Jewish city in the world, after New York and Warsaw. During the 1910s-1920s almost half of the population was Jewish. Odessa was the first Russian city where Jews could freely settle and acquired almost equal rights with the Russians. This attitude has also borne rich fruit: Jewish art, literature and music started blossoming in that time.
A taste of that culture is given to you by:
Ferenc Jávori (Fegya) and
Tamás Dunai
Price: 2500,-

23 March, Wednesday 7 pm Money, credit, love
About what were the songs sung by the great Hungarian Jewish actors and comedians, born about one century ago, like Kálmán Latabár, Lajos Básti, and Gyula Kabos? Surprise: about money, making a living, and love. Nowadays we still sing their songs, which shows that in this respect the world hasn't changed a bit.
Performers:
Tamás Masa - flute, vocals
Anita Masa - vocals
Sándor Csányi - piano, accordion
Price: 2000,-

27 March, Sunday 7 pm An Evening with Yiddish chansons by Judit Klein
The cycle of life, its special moments, celebrations, its happiness and sorrows, and the Jewish fate… The foremost Hungarian singer of Yiddish chanson fills for us an evening with these themes, all through the eyes and the heart of a woman and mother.
Performing:
Judit Klein - voice
Zoltán Neumark - piano
Price: 2000,-"