Hilton Budapest Has 5th Most Beautiful View In The World 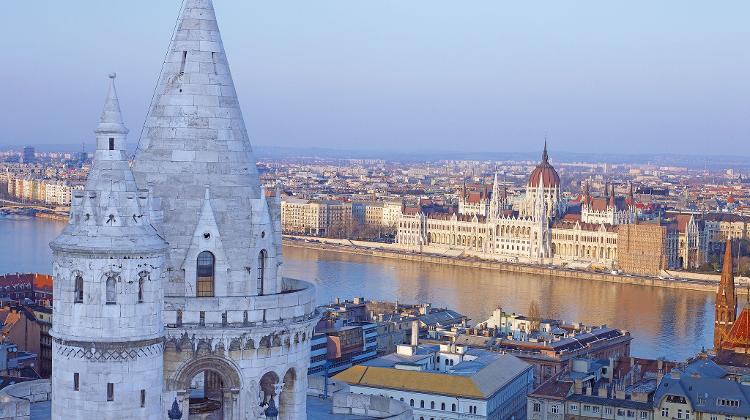 Tripadvisor.com, the popular and influential travel web portal, recently published a list of the top 10 hotel rooms in the world with the most beautiful views. The local Hilton in the Buda Castle are well positioned in 5th place on this extraordinarily-impressive list. The hotel says, "Since travellers trust each other’s opinions, we receive many reservations from this site, particularly from future guests who wish to reserve rooms that offer a panoramic view of the Danube River."

The hotel was built on the reconstructed ruins of a Dominican churchyard and monestary, originally constructed in the 13th Century, creating a perfect harmony between the architectural styles of the past and present. It is unique in that two notable historical monuments are incorporated on its grounds.

The northern wing was built on top of the remains of the Dominican monestary named for St. Nicholas, dating from the Middle Ages, while the southern wing is decorated by the facade of a previous Jesuit’s College, built at the end of the 1770s. The former tower and ruins of the church rise up in the middle of these two.

In addition to this unique architectural combination, the hotel’s rooms provide a panorama worthy of a master painting with the extraordinary attraction of one of the capital city’s most well-known monuments, Fisherman’s Bastion.

Rooms at the Hilton Budapest also offer a view of outstanding architecture, which is very beautiful from an art history perspective, overlooking the River Danube as well as the Hungarian Parliament, Margaret Island, and the lovely buildings on both the Buda and Pest sides of the city.

Tripadvisor.com is an excellent marketing communication medium, as the site’s visitors (50 million per month), in addition to sharing their opinions, recommend attractive tourist destinations to each other, often illustrated with photographs.

The Hilton Budapest in Hungary is located next to Matthias Church in the safe environment of the Buda Castle District, a UNESCO World Heritage Site. Designed by Béla Pintér, the Hilton opened its doors on 1 January 1977.

Uniquely situated in an elevated position within the Royal Castle District of Budapest, the 322-room property affords stunning panoramic views across the Danube and city of Budapest. Hilton Budapest features a 250-seat panorama restaurant “ICON” with the best of European and Hungarian cuisine.

Offering the most versatile hotel convention facilities in Budapest, Hilton Budapest provides a Conference and Ballroom, 24 meeting and breakout rooms, numerous convertible suites and 3 open air venues within the remains of a 13th century Dominican cloister and monastery.