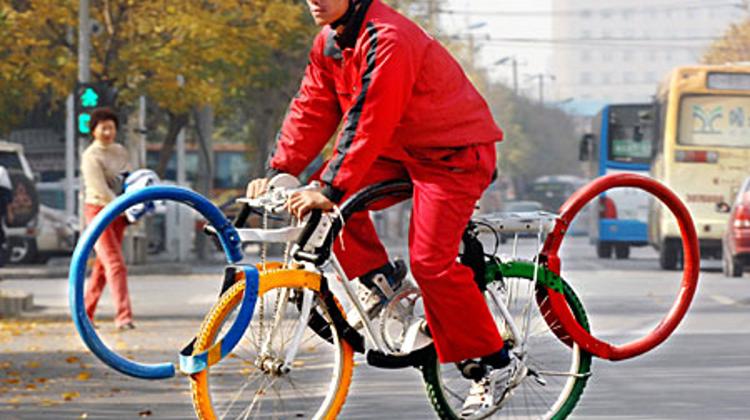 With the Summer Olympics in London almost upon us, I have been trying to remember anything from past events. I would like to think that the first Olympics I remember was 1972 when swimmer Mark Spitz won 7 gold medals. However, I am probably confabulating this since I was about 5 years old and do not remember anything about the tragedy in Munich. Olga Korbut, who my dad had a massive crush on, also made her debut in 1972.

But I think it must have been the 1976 Olympics in Montreal. I have a vivid memory of collecting bronze, silver and gold stickers and McDonalds and keeping track of the US Team's progress on a provided event sheet. "Back during the 1976 Olympics in Montreal, McDonald's ran a promotion in which it handed out Olympic scratch cards with the slogan, "When the U.S. Wins, You Win!'' (or something like that; it was a long time and several Bruce Jenner face-lifts ago). You scratched away the gray coating on the card to reveal a particular Olympic event that summer.

If the U.S. won a bronze medal in that competition, you won a free drink. A silver medal got you a bag of fries. And a gold medal earned you a Big Mac. Best of all, you could win all three if the U.S. swept the event. Swim cards were especially coveted because you were almost guaranteed to win something and quite possibly an entire lunch (team handball, not so much)."

Of course, 1976 was also when the first perfect 10 given in gymnastics. At age 14, gymnast Nadia Comăneci of Romania scored seven perfect 10.0 and won three gold medals. The score board could hold only 3 digits and the score was shown as 1.00. Bruce Jenner in the decathlon, as well as Leon and Michael Spinks and Sugar Rae Lennard were stars in boxing for the US. Of course the US boycotted the 1980 Summer Olympics because of the Soviet invasion of Afghanistan, and then the Soviets boycotted the 1984 Olympics in LA.

The 1980 Winter Olympics I remember because of the US amateur ice hockey team taking gold - also marking the end to largely amateur participants for hockey, basketball, etc. American speed skater Eric Heiden also took 5 golds. My step-grandfather participated in the first Lake Placid Olympics in 1932 in biathlon. By his telling, he never missed a shot his entire life, so he must have been slow on skis. I also remember Mary Lou Retton's perfect 10s on the floor exercise in 1984 and her smiling face on a Wheaties box, and cute as a button Hungarian swimmer Krisztina Egerszegi in 1992 are the last two memorable events for me.

The rest is a blur. However, it was probably the 1984 Winter Olympics in Sarajevo that had the most impact on me in later years. Sarajevo looked gorgeous on TV, and when I got older and began to travel in 1988, I chose 3 countries I really wanted to see on my year abroad in Edinburgh, Scotland. Thinking it would be my only time abroad, I chose to visit Finland, Switzerland and Yugoslavia. Being American and never having studied geography, I had no concept of how distant these countries were from each other. However, I did get to Yugoslavia and fulfilled a life-long dream to ski the alps (Julian Alps) at Jahorina (one of the olympic event mountains).

The skiing was totally amazing. It just happened to be the week the Yugoslav government resigned for multi-party elections, but I had no idea about this at the time. Some tour guides "adopted" me the first night in Sarajevo. The mixed group of Serbs, Croats, Bosnians, etc. took me all around the city, and even to the mountain heights above. Starving late at night after a full day, we sought out a meal almost everywhere with no success. Until finally, we opened a door into smokey hot cellar and where welcomed by a live band playing "Hava Nagila" (Harry Belefonte of all people does best version!) and pizza. A couple days later, they were shooting at each other. Let's hope London 2012 is memorable for all the right reasons.