Prime Minister To Participate In The German Business Forum 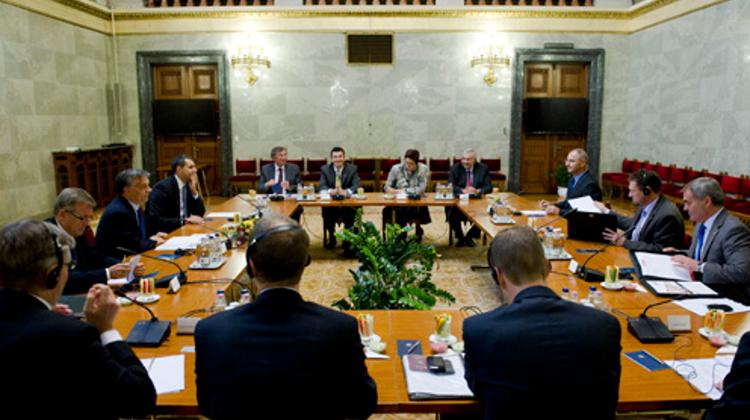 Prime Minister Viktor Orbán is meeting representatives of German companies in Hungary at a business forum held in Budapest today. The meeting will also be attended by Minister for National Economy György Matolcsy, Minister of State for the Prime Minister’s Office János Lázár and State Secretary for Foreign Affairs and External Economic Relations Péter Szijjártó.

Following a meeting with German chancellor Angela Merkel earlier this month, the Prime Minister said that Hungarians are respected in Germany and the two states consider each other equal partners, emphasizing that in the past two years, Germany has invested 4.7 billion euros in Hungary.

The German company heads the Prime Minister is meeting today include representatives of car manufacturers Mercedes-Benz, whose factory opened in Kecskemét this year, creating 3000 jobs and Opel, which has recently inaugurated a flexible engine factory worth 500 million euros in Szentgotthárd providing 800 new jobs. Knorr-Bremse, which opened its new factory in March 2012, major electric utilities company RWE and Villeroy and Boch, the chairman of which was awarded the Medium Cross of the Hungarian Order of Merit with Star in 2010, will also be represented at the event. The government plans to hold regular consultations with German company heads in the future.

The latest German investment in Hungary was the expansion of LuK Savaria Ltd. in Szombathely. The project was realised with the help of the New Széchenyi Plan and will contribute to the creation of 700 new jobs. For further information, please see: Seven hundred new jobs in Szombathely.