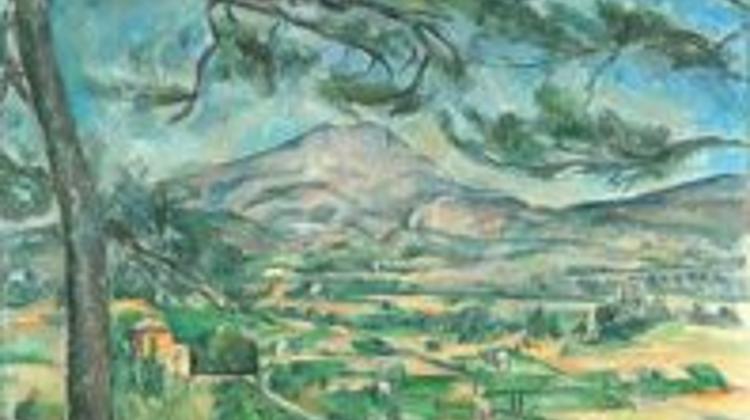 Budapest citizens shivering in the dank cold this winter are lucky enough to be able to enjoy a beakerful of the warm South at the Cezanne show in the Fine Arts Museum. It's wall-to-wall Mont Saint-Victoire and chestnut walks in Aix: toujours Provence. Unlike at the Milan Cezanne exhibition last year, this presentation in Hungary takes a far more workmanlike approach, positioning Cezanne in the context of other contemporaries and forebears by assembling actual works to confirm his place in the tradition.

For this is Cezanne the classicist: inheritor of a classic past rather than idiot savant recreating the world of art from scratch. And the show makes its case well:  not hard when you have gorgeous Poussins and Chardins to do it with.

This show is a reminder what a hugely diverse artist Cezanne is: active for over thirty years, financially independent and free to paint what he wanted.

Often dismissed as a primitive or southern barbarian in his earlier years, this son of a banker becomes much easier to place in his tradition when you look back from the Impressionists who surrounded him to the Romantics who came immediately before, and their sources in Goya, Rembrandt and the Dutch masters. His so-called dark period of crudely daubed rapes, murders and so on actually develops straight from Delacroix and Courbet, and even copies figures and techniques from them. And the plus of a show like this, aside from the direct show-and-tell way it makes its case, is the chance to see other fabulous works alongside the Cezannes.

Not that the show lingers on his early days. Cezanne's late mature manner is fully on show: the near mosaic of square brushstrokes that he uses both to render form and to play off its presentation on a flat surface. His Cubist successors seem histrionic daubers by comparison. For Cezanne is not so much about physical form and volume as light and space, and in his landscapes and still-life studies especially the light breaks in, chipping away at the marks on canvas or in the watercolours dissolving objects entirely; the strong light of the South.

By Paul StJohn Mackintosh for XpatLoop.com

Now On: Cézanne & The Past, Museum of Fine Arts Budapest

Cézanne Exhibition In Museum Of Fine Arts In Budapest Draws 25,000