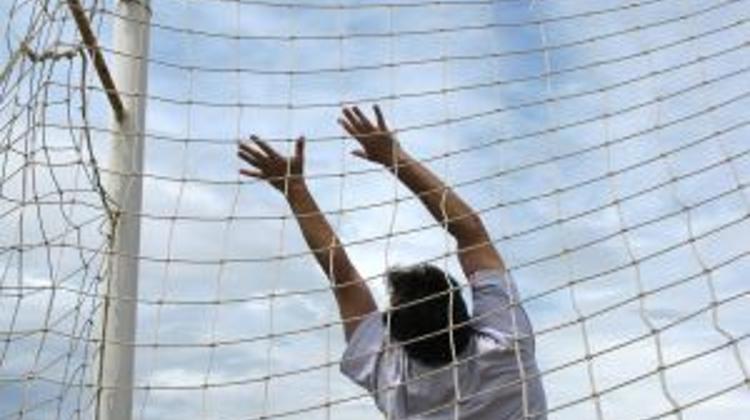 A left-wing columnist believes Hungary should not appeal against FIFA’s decision to play its next World Cup qualifier behind closed doors as a consequence of an anti-Semitic demonstration during the Hungary-Israel match in August last year. His right–wing colleague suggests the ruling was unjust and may stir up anti-Semitism.

While the Israeli anthem was being played before a friendly football match between the selected teams of Hungary and Israel in Budapest, a group of youngsters turned their backs on the pitch and shouted anti-Semitic slogans. A few days later, the Hungarian Football Association apologised with its Israeli counterpart.

The Simon Wiesenthal Centre, known for its efforts to hunt down Nazi war criminals, lodged a complaint with the International Federation of Football Associations (FIFA), which ordered Hungary to play its decisive World Cup qualifier against Romania behind closed doors in March this year. The Football Association said it would appeal against what it considers an unjust and exaggerated sanction.

In Népszabadság, Tamás Lajos Szalay argues that the Hungarian side had better refrain from appealing the ruling, and prove by doing so that they are conscious of the gravity of the incident. Hungary would show that those racist protestors are isolated if it accepted the verdict, instead of calling it unjust. “In reality we simply care for the prestige and the money a possible qualification could yield”, Szalay believes.

In Magyar Nemzet, deputy editor Szabolcs Szerető suggests that Hungary’s diplomacy and sports leaders should vigorously try and change “this unjust ruling that is causing irritation.” By irritation he means anti-Semitic feelings that instead of being successfully fought will be stirred up, bnecause the bulk of the public would feel that they are being punished for something they have never done.

They will also remember, he continues, that when Hungary played in Moldavia and in Bucharest, extremist Romanian fans chanted anti-Hungarian slogans and no uproar or sanctions followed. Szerető says “what happened in August was inexcusable” and he would not object to some other form of punishment. But he thinks there is a strange coalition between a narrow layer of right-wing extremists and Hungary’s left-liberals who try to show to the world that our country is an area infected with xenophobia and anti-Semitism”.