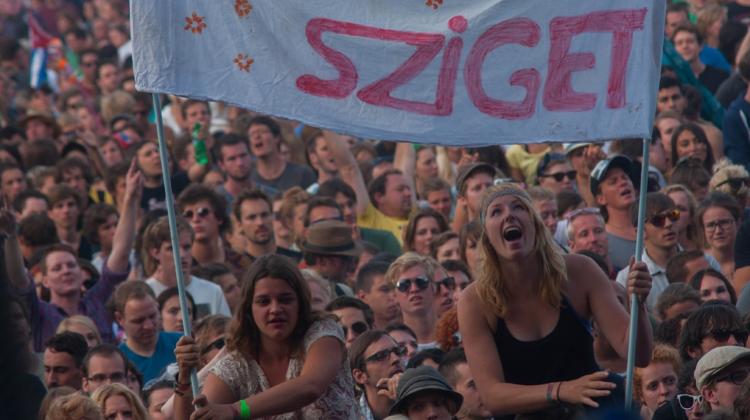 The OTP Bank World Music Party Stage has celebrated the 20th Sziget with 120% of world music and the feedbacks were so positive that the organizers aim to crank up this year’s show! So not only the big names of the genre, but also the most important Central and Eastern European acts will be on stage, mainly representing the Balkan and ska-based craziness.

The OTP Bank World Music Party Stage has celebrated the 20th Sziget with 120% of world music and the feedbacks were so positive that the organizers aim to crank up this year’s show! So not only the big names of the genre, but also the most important Central and Eastern European acts will be on stage, mainly representing the Balkan and ska-based craziness.

Let’s start with the best-known names. With their unique style, the American Calexico is mixing alterock and Mexican mariachi music, arriving to Sziget Festival this year with touring their new album ‘Algiers’. Also with a fresh material comes Rachid Taha, who revolutionized Algerian raï music, now playing his album ‘Zoom’, that had such contributors as Brian Eno and Mick Jones. We know what to expect from the Balkan punk’n’roll star Emir Kusturica & The No Smoking Orchestra, as they have conquered the audience at last year’s Sziget. Similarly, Leningrad will rock with their brutal Russian ska dance music this year.

For sure the Latin rhythms cannot be missed either. Those who liked Che Sudaka last year can start their dance training as Catalan rumba kings La Pegatina will be performing some excellent and danceable tunes. For those who want to discover something unique of nowadays world music we recommend Moana and the Tribe, a band coming from New Zealand. The crowd of Sziget every year expects the most popular African bands to introduce themselves at the event. This year Mokoomba from Zimbabwe will be the coolest of all: in their Pan-African music you can find everything that is important to make African music irresistible.

We should also look around in the Balkan part of the line-up! Fanfara Tirana meets Transglobal Underground is the meeting point between an Albanian brass-band and British ethno-techno, this time coming together in Kabatronics, their new album. Representing the region with psychedelic gypsy beats, Tako Lako, is a band coming from Copenhagen with Serbian and Danish musicians, making something new out of the well-known Balkan characteristics.

Shutka Roma Rap is also a very exciting collaboration of a Macedonian brass-band and rappers from Shutka, near Skopje. Last year’s big success “spaghetti Balkan” band the Figli Di Madre Ignota plays from the rich menu of ska and rock. From the history of the stage one of the most memorable performers, the Bosnian Dubioza Kolektiv is beloved for their fusion music of dub, ska, rock and Balkan sounds.

The previous years saw many Central and Eastern European bands breaking through in the international world music scene, which makes them inevitable for the line-up of Sziget’s thematic stage. The number one choice has to be Ukraine’s DakhaBrakha, knowing everything about Slavic music, while combining their sounds with electronic tunes and instruments from all over the world. They toured the world from Western-Europe to Australia with more than 300 stops and now they come to Sziget. The Polish R.U.T.A. is also very fascinating. Their members coming from folk and punk background are not seeking compromises: they are a true revolutionary band singing lyrics from the medieval ages when peasants were uprising against the land owners.

Also coming from Poland, the Warsaw Village Band, is well-known now for last year’s album ‘Nord’ focusing on the Slavic, Scandinavian and Sami traditions. Representing the Czech Republic, Cankisou, plays wild rhythms with a spice of Pakistan in their songs.

Within the Central and Eastern European focus, we cannot forget the biggest Hungarian bands either. The world-known tambur music of Söndörgő and the massive beats of Besh o droM and guests will also play in the Balkan program. One of the most known Roma bands, Parno Graszt in collaboration with the French Latcho Drom is also a must-see show for those into the wilder side of world music. Hungary became visible on the ska map thanks to Pannonia Allstars Ska Orchestra, also promising us a strong and entertaining gig on the OTP Bank World Music Party Stage in 2013. The Csík Band and friends is competing with the popularity of Hungarian celebrities, while bringing back the love of Hungarian folk music into the heart of everyone. They will present songs from their twenty-five year repertoire and also a block remembering Hungarian singer-songwriter Tamás Cseh.

These are twenty-one names, all together, looking nice in the line-up! And another piece of news to add from the magic world of world music: Songlines – the best-known world music magazine – has once again chosen Sziget Festival among the best international festivals!