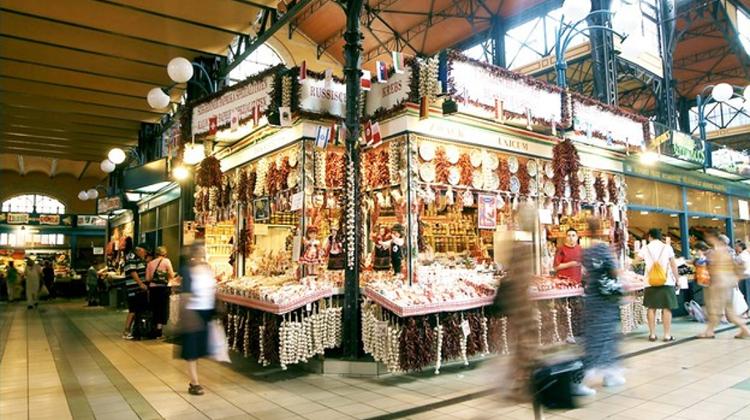 For some it’s the glitzy stores of New York and Paris. For others it’s the designer ateliers of Rome and Amsterdam. But for many, shopping is best down on the street, up hidden alleys and in picturesque squares.

Europe has a huge choice of markets selling everything from bric-a-brac to food, from designer lookalikes to books and papers.

Here are our favorites.

The Great Market Hall in Budapest can be found on the Pest side of the great Liberty Bridge (which links both parts of the city).

It’s a three-story construction that, at the end of the 19th century when it opened, was deemed one of the world's most modern market halls, with state of the art lighting and refrigeration.

Vast and airy, it's been described as a cathedral in iron, with a canal running through its center so that barges could deliver fresh produce to the traders. The canal is no longer there -- it's been replaced by wide elegant thoroughfares between the stalls.

The hall was badly damaged during World War II and was eventually closed when it became a danger to patrons.

In the mid-1990s it was extensively restored and now takes pride of place as one of the city’s great attractions.

It’s easy to navigate with mostly fresh produce on the ground floor, game, fish and a supermarket in the basement and the best of Hungarian arts and crafts alongside bars, cafes and food stalls on the first floor.

A guided tour can help you find your way through the various sausages, hams, salamis and locally revered langos -- a deep-fried doughy confection topped with sour cream and cheese.

If you buy only one thing, make it a packet of smoked paprika, which will add more than memories to your cooking at home.

How to get there: Although it’s quicker from the city center by metro (M3 Blue Line) to Kalvin Ter, the best way is to take a tram, to see the city as you go. Budapest has more than 30 trams -- it's a great way to travel. Take trams 2, 47 or 49 to the Liberty Bridge.

Published on XpatLoop.com with permission of CNN Travel