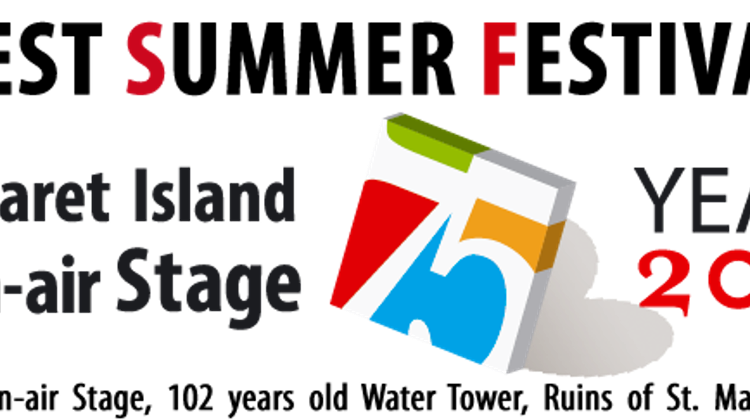 This year’s Budapest Summer Festival starts 14 June and offers exceptional programs and gifts to you, so that artist and guest can celebrate together.

The union of nature and music – essence concert Verdi & Wagner 200 festive opening concert
Theater for everyone! – All seats and tickets for 2000 HUF

The musical world is celebrating this year the 200th anniversary of Giuseppe Verdi’s and Richard Wagner’s birthday. The  oeuvre of the two romantic geniuses come to life at an extraordinary concert at Margaret Island’s stage surrounded by  hundreds years old plane trees. The renowned Italian conductor, Carlo Montanaro guides the audience in the fantasy  world through the historical and mythical paths of the past sodden with emotions and passion along overtures including  the essence of world famous operas and musical dramas.

The Hungarian National Ballet and Szabad Tér Színház salute to the memory of the Kossuth-award winning choreographer died last year with the reworking of this legendary performance. The Roman history’s greatest slave rebellion and its  charismatic leader have been featured in numerous literature works, films  as well as dance performances. László Seregi choreographed the monumental, all-night dance drama to the dramatic symphonic music of the Soviet composer, Khachaturian. It was played on stages during 40 years. Now, we present the renewed ballet performance with young talent
soloists of the Hungarian National Ballet.

The OLIVER! was adapted from the novel of Charles Dickens. The writer wanted to embody the principle of human  goodness in little Oliver, the main character, who stands up against every evil and then triumphs over everyone in the end.

The symphonic adaptation of the James Bond _ lms’ soundtracks for the first time in Hungary! As a celebration of the Bond character’s 60th birthday and the fillms series’ 50th anniversary, the Budapest Symphony Orchestra performs a special concert recalling the greatest hits of the Bond films.

The concert’s conductor is Nic Raine, who worked as the orchestrator for John Barry during the recording of A View to a Kill and The Living Daylights, and has worked on several Bond-themed albums with the Prague Philharmonics.
Featuring: Mónika Veres and Bálint Gájer – vocal, the Budapest Symphony Orchestra
Conductor: Nic Raine
Producer: Szabad Tér Színház

Carmen Souza have become a true world music force and one of Europe’s most in-demand jazz singers. The concert is  part of the Kachupada Tour. „Carmen Souza sings in her native creole dialect with an intimacy, sensuality, and vivacity, characterised by a tremendous lightness of touch. Her music has a deceptive simplicity, a rare clarity, derived from a unique mix of influences from her Cape Verdean background to jazz and modern soul creating this beautifully vibrant, largely acoustic, accessible hybrid. World soul music for the 21st century.”- David Sylvian

The show reworks the story of the legendary “blood countess” in an unusual manner, establishing a brand new musical genre. The central character of the astonishing musical-opera is Elizabeth Bathory – the wife, mother, countess and lover. The strong, but sensitive woman suffering from jealousy and the lust for power is presented to the audience by a musical with a wide-ranging selection of songs in high opera quality.

20 August 2013 7pm - Historical opera about the greatest Hungarian king
Ferenc Erkel: King Stephen - opera-concert
Theater for everyone! – All seats and tickets for 2000 HUF

The closing event of the festive year in honor of the 975th anniversary of King Stephen’s death and 930th anniversary of his canonization. On the Hungarian Constitution Day we salute to the memory of St. Stephen King with a concert presenting Erkel’s last finished opera, featuring renowned opera singers. The truly historic opera recalls the last ruling years of the state establishing Hungarian king with such an eternal concept in center, according to which the thriving of the Hungarians will always be a question of cohesion.