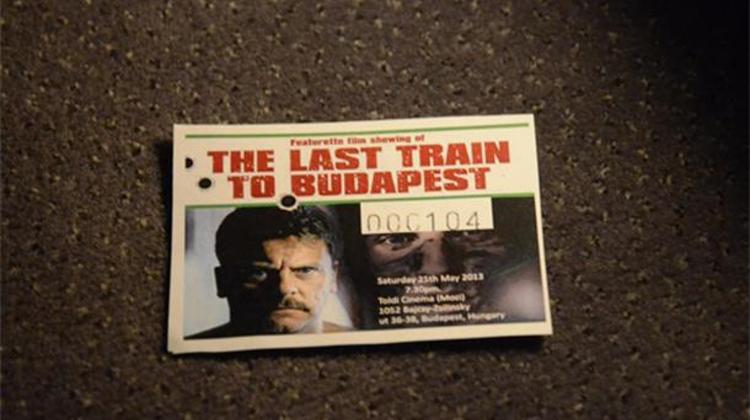 1956 is undoubtedly a significant date in the history of Hungary. “The Last Train to Budapest” is a personal account of what you read in the history books about this era. The Budapest premier of the film was on Saturday at the Toldi cinema, where a select few gathered, some that actually went through similar experiences.

The film is a mix of documentary elements and the personal story of Richard Pekar’s father escaping from Hungary after the Russian occupation in 1956 and founding a new home and family in England, Stoke-on-Trent.

It is a “story of revenge, patriotism, romance and violence encompassing a thrilling tidal wave of emotion with an unexpected grand finale” (Richard Pekar).

What makes it powerful is the dramatic and intimate way it was portrayed making you realize the importance of keeping these personal stories alive. Supported by “The Hungarian Community Association of Staffordshire” written by Richard Pekar and directed by Lee Deaville, this is a short film with a big heart and there are hopes of it becoming a full-length feature film.