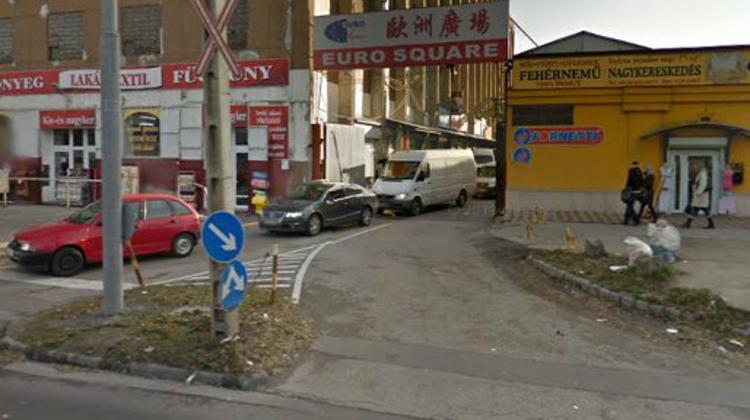 Hungary is not so ethnically diversified as some othr European countries, comparing to its total population (95% Hungarian) the Chinese community might not add up to 1%, but it may come as a surprise that there are quite a few Chinese Markets in Budapest.

One of the oldest and biggest Chinese Market in Budapest that has remained in its traditional form. Since it’s opening in the 1980s, Four Tiger market has not changed much. It is the market where people can looks for goods at a very cheap price, of course the quality is not the best, but they are relevant considering their costs.

The market is very old fashioned, filled up with small independent cells that contain the commodities. During weekends, it is nearly impossible to park, as that is the most preferred time for the local Hungarians and other visitors in the neighborhood to search for their needs.

Euro Square in another version of Chinese market located at the same street on the opposite side to the Four Tigers market. This part of Kőbányai út is more modern, with smaller and bigger shops that offer different goods. In some shops at Euro Square they might seem to be have slightly higher prices comparing to the ones in Four Tigers market but their qualities are also somewhat better.This market has its own separated parking lot, however, even during the week it is not easy to park. Local Hungarian shopkeepers and wholesalers from other countries usually shop around this area.

Monori center is a bit different from the ones mentioned above. It is not like the markets, but more like a small town divided into many smaller shopping zones. The founder of Monori center believes that it is the European largest wholesale center with huge varieties of products mainly imported and manufactured in Italy and Asia.

The qualities of the products are much higher with reasonable price. It is worth to go when you are prepared to buy up roomful products or get together with your friends and go for a group shopping.

Well, Asia center is not a market; it is a shopping mall where most of their products are from the Four Tigers Market, Euro Square and Monori Center. The facilities and the environment are the factors that add to the price of goods, so you might find it a little bit expensive comparing to the other markets but they are definitely cheaper than Westend City Center or Arkad. Not only Asians but also other nationalities, including local Hungarians, have joined in the Center.

For those who are not only looking for goods but also would like to have a nice and quite place to enjoy their afternoons, Asia center shall be the first choice.

By ShuanDan Lin for XpatLoop.com