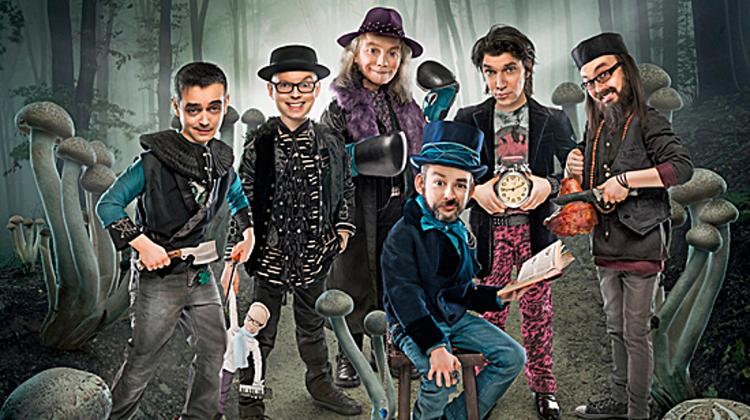 Sziget Festival, ‘The Island of Freedom’, is preparing a memorable Day 0 program for the arriving inhabitants. This time Sziget will become a „wonderland”, where the most well-known alternative rock band from Hungary, Quimby, will create a once in a lifetime atmosphere on the Main Stage with a special concert dreamt for Sziget only. Meanwhile the OTP Bank World Music Party Main Stage will host Muzsikás, an internationally well-known Hungarian folk band, who are celebrating their 40th anniversary this year with their guests and international stars.

The Day 0 of Sziget Festival will be transformed to a unique cultural experience by Quimby, the most well-known Hungarian alternative rock band. They just came back from their European Tour and they will host a cultural adventure for guests arriving to Sziget that will make the Island of Freedom a kind of ‘wonderland’ with many weird and exciting, creative and lovable venues.

During the program series of Day 0, besides a huge Quimby concert, that will be a special edition composed for this day, nearly twenty cultural programs will entertain the guests, just as in Lewis Carroll’s Alice in Wonderland. Sziget will become the “rabbit hole” of the novel where the guests will fall into the Sziget Wonderland, enjoying circus, acrobats, visual theatre, literature, acoustic concerts, world music, folk dance, screenings, slam poetry and many more.

The Quimby Wonderland will take place from the entrance at the K-bridge till the Main Stage and the area between them, where the members of the band will appear at the venues. As you will walk into the festival you will get into an alternative, bizarre and eclectic reality with a colorful carnival atmosphere.

The 40 year-old legend, Muzsikás, at Sziget

Muzsikás is a WOMEX awarded Hungarian band that has played almost everywhere in the world: from the biggest festivals to the most famous concert halls and now they will celebrate their 40th anniversary with their prestigious friends on Day 0 at Sziget Festival.

Among their guests we will find musicians and singers from small villages for whom the tradition is part of their everyday life. Many international stars will perform as well, like Alexander Balanescu, violin player, one of the best percussion groups in the world, Amadinda, Jenő Jandó, piano player, and the Woven Hand rock band from the United States. Meanwhile musicians with pipes, hurdy gurdy player and dancers will make the concert more colorful.

The traditional Hungarian folk music is one of the most important Hungarian national values, a real Hungaricum. It is well-known outside the borders of Hungary and this could be mainly thanked to Muzsikás due to their international tours and success. As the most well-known and wanted Hungarian folk band they have toured the whole world from the USA to Australia and from Stockholm to Taiwan and introduced the world to Hungarian music.

They were huge success in concert halls as the Queen Elisabeth Hall and Royal Festival Hall in London, the Concertgebow in Amsterdam, the Théâtre de la Ville in Paris, the big hall of Santa Cecilia in Rome or the Carnegie Hall in New York. Besides the audience of folk and world music, those listening to classical music have accepted them as well.

“The world-known Muzsikás band has been spreading the elemental power and love of Hungarian folk music to the audience, keeping and maintaining close ties to the musical roots, while being open to other genres, making this happen on a substantial quality. For four decades now they are the ambassadors of Hungarian folk music. It is a honor that Sziget can host such a monumental and important event”- said Fruzsina Szép, Program Director of Sziget Festival.

The Day 0 day tickets for the Quimby Wonderland and Muzsikás concert will cost €24 in advance and €28 on the spot.
Stay tuned in the upcoming weeks as there are more names and productions to come for the 2013 Sziget!