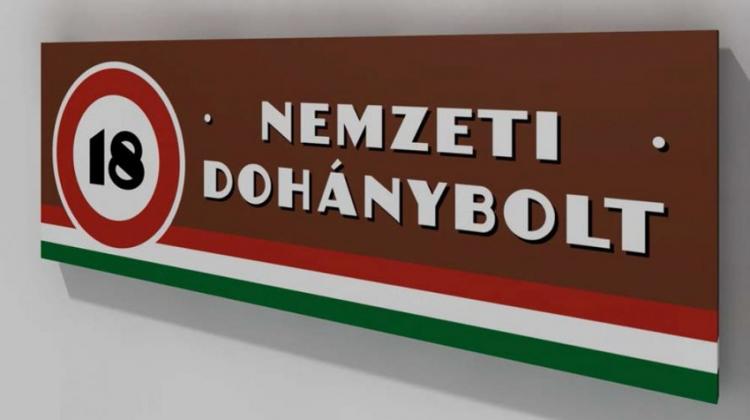 We haven’t talked about the tobacconist shops lately, although there is quite a bit to be said about them. First and foremost, that as the result of the newly restricted availability and the price hikes black market sales of cigarettes have soared in the last couple of months. Fewer and fewer people are buying cigarettes at the designated stores.

The fallout? The loss of 23 billion forints in excise taxes for the treasury. Also, the new owners of these shops, although they turn a 10 percent profit on every pack of cigarettes, are not doing well. One needs to sell an awful lot of cigarettes to make a really good living. And “only an idiot would buy cigarettes in the tobacconist shop,” reads a headline in Origo.

The troubles started early, with a spate of tobacconist shop robberies. Petty criminals all over the country, hearing about the fabulous profits that could be made by the owners of these shops, found them irresistible. And since the store fronts must be darkened and the doors kept closed at all times, the robbers could be assured of an easy target.

After a few weeks the black marketeers were in full swing, divvying up territories among themselves. They sell inexpensive cigarettes from Ukraine and Serbia for 500 forints a pack, as opposed to 900 forints in the stores, as well as western brands such as Kent, Marlboro, and Lucky Strike. The supply is plentiful. And it’s a terrific deal for both seller and buyer. The Ukrainian seller turns a 100% profit on each pack of cigarettes and the Hungarian buyer gets the pack for almost half the official price.

A man on Kálmán Széll tér (formerly Moszkva tér) explained how the distribution system works. A “very reliable man” brings him the merchandise from Ukraine. This reliable guy has his “reliable customers,” among them the fellow the Origo reporter talked with. The man admitted that what he does is illegal but, as he said, “the laws are wrong.” The black marketeers divide up the square among themselves, and they “defend their turf as jealously as the prostitutes.” Tobacconist shops nearby are hard hit. There are days when for hours they don’t have a single customer. A fair number of shops have already closed.

Making tobacco a state monopoly was most likely the brainchild of the Hungarian-owned Continental Tobacco Company. The owner of the company is a good friend of János Lázár, who was heavily involved in drafting the law. The Continental Tobacco Company also made sure that its employees and board members received a fair number of concessions through front men (Strohmann/stróman). Of the 4,300 tobacconist shops they got about 500 concessions.

One of the main beneficiaries was András Kulcsár, a top manager at Continental. He got 84 concessions. Now, after a few months, he has already had to close 25. The reason? Most likely a lack of business expertise, bad location, and low sales. The law, by the way, states that stores that close must be reopened within 60 days.

Today we learned that one of the tobacconist shops that belonged to Tomi Palcsó, a singer discovered on “Megasztár,” has been closed for days. The singer, who is a Fidesz favorite and who often performs at Fidesz events, received five concessions, officially the maximum number. It looks as if business in Csepel didn’t exactly thrive. Mind you, DK demonstrations in front of the Csepel stores over the last couple of weeks probably didn’t help. (László Varju, one of the top DK leaders, has been called into the police station for organizing demonstrations.) Although Palcsó’s store was already defunct, about a dozen DK activists protested in front of it today with signs like “The cronies have all the dough.”

Meanwhile, on popular initiative the National Election Committee gave its blessing to holding a referendum on two questions concerning the tobacconist shops, and the Kúria (formerly the Supreme Court) approved it. If the activists manage to get 200,000 signatures within 45 days the referendum can be held. There will be two questions on the ballot: Do you agree that instead of a 10 percent guaranteed profit, it should be rolled back to the original profit margin of 3.33%? And do you agree that only tobacco products should be sold in the tobacconist shops?

Apparently the Fidesz leadership is furious. As one Fidesz politician told the reporter for Index, “that will not happen again.” At this moment it is not clear whether the government/Fidesz (it really no longer matters what we call it) intends to block such a referendum altogether or whether they only want to prevent its being held before the elections. In either case, I wouldn’t like to be in the shoes of one of the members of the Committee who in the last minute changed his mind on the question of the profit margin and thus made passage of the motion possible.