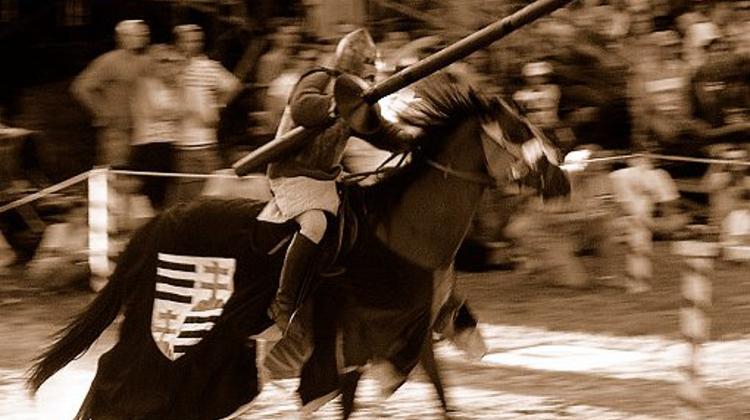 History is set to come alive in the Buda Castle this weekend with a medieval themed festival held around the Royal Palace. It's the first of its kind in this magnificent venue, it promises historical games and challenges, medieval style dresses and tools... As it's a family event there won’t be any beheading, burning and boiling, garroting, flogging or impaling, so don't expect to re-live the horrors of the Middle Ages. On offer will be food and drinks in keeping with the times of the good old Hungarian Kingdom. Renaissance live music will provide the sound-scape for this exciting new event - read on for details about its craft beers, jesters, tamed falcons, 'Medieval Traders’ Market', and lots more.

Festival tickets include free entry to the Hungarian National Gallery and the Budapest History Museum, two outstanding sights within the Buda Castle area.

Organisers say, "The program of the festival includes many games and shows inspired by the historical games of the colorful Middle Ages, when Hungary was a leading kingdom in Central and Eastern Europe.

There are several Medieval history enthusiasts in Hungary whose aim is to re-enact the Hungarian Medieval History at a high standard, and who are keen to interact with visitors of all ages.

* Bowmen, men at arms, knights will battle, and showcase their talent, tamed falcons will be paying a visit, puppeteers will entertain the kids.

* There will be many interactive games, e.g. you can try your hands at archery.

* At the Medieval Traders’ Market, you can buy traditional Hungarian crafts reaching back to, or inspired by the Middle Ages.

* Craft beers will take you back to the times of beer taverns.

* Medieval dances will please the eyes, and jesters will fool the crowds.

The Medieval Festival in the Danube Bend town of Visegrad, known as the Visegradi Palotajatekok, has long been a popular historical festival, and we hope the Buda Castle Chronica Hungarica Historical Games Festival will be just as great a hit!

This festival is set atop the Castle Hill in Budapest, on the open courtyards of the Buda Royal Palace, with daytime and night time panorama views over the Danube and the river cruise ships gliding on the Danube along many beautiful attractions."