Festivals Rule In Budapest - Even At Wintertime 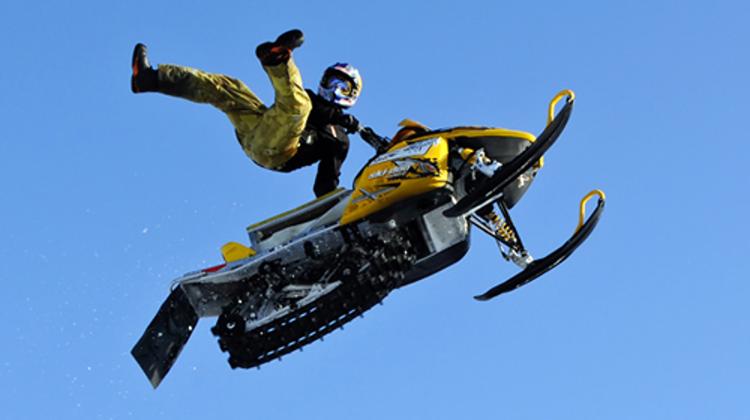 The biggest winter festival of the region is presented by Sziget Cultural Management together with Hungexpo in the Fair Center of Budapest. Fridge will be spectacular as ever, presenting a special winter sports competition, an all-star music line-up and the Snow Show exhibition. All these between 21-24 November at Hungexpo in Budapest.

After a one year pause in 2012, Fridge, one of the biggest winter festivals of Europe, re-opens its gates. The event, already well-known in Hungary, has a big fan base and from this year Sziget Cultural Management, organizer of some of the best festivals in Europe, will be in charge, also putting a lot of effort into further developing the event. The idea of Fridge is already crossing borders, as the organizers will also host Fridge Vienna, the sister event of the Budapest-based festival, held at the same time in the Austrian capital.

The sports part of the Fridge Budapest program will be reloaded with a unique show of spectacular elements. This year the organizers will please the motorsports lovers, as ski-doos will fly in the air. These snowmobiles are fabricated especially for the riders of this extreme sport, arriving both from overseas and Northern-Europe. The showcase and competition will be an excitement in itself, as the already well-known riders from X-Games will challenge their bravery and knowledge in this sport, most similar to freestyle motocross. A huge ramp and snow hill will be built for the riders, so they can amaze the guests with their talent. A jump could even be 30 meter high and every rider will have one minute to show their best. After the sport the well-known Fridge parties will close the days.

Besides extreme winter sports and music, the traditional Snow Show will also be held in the Fair Centre of Budapest, where visitors can check out the winter sports tools and travel packages. The Snow Show has been opening the winter ski season for 22 years now. The guests can chose from the new collections of the well-known brands and can buy all accessories necessary for the whole family, while looking through the travel packages offered for winter in Pavilion D. Meanwhile at Fridge Festival visitors can enjoy the ski-doo show and a real ‘hütte’ atmosphere spiced up with some mulled wine.

Zsófia Faluközi, Director of the exhibition, said: “By organizing Fridge Festival and the Snow Show together, we can offer spectacular programs, shopping opportunities and fun to all generations, right here at the biggest winter sports event of the autumn.”

One of the unique characters of Fridge is that it merges spectacular winter sports with the Hungarian and international party scene. This year such Hungarian artists will perform as Hősök, Belga, PASO, Mary Popkids, Ganxsta Zolee és a Kartel and Cabonfools. For the first time on 22nd November guests can enjoy a special birthday party brought by BP Clothing, the number one and most popular streetwear brand of Hungary, celebrating its 2nd birthday at Fridge. The party will feature the most popular bands among Hungarian youth, such as Punanny Massif, Irie Maffia, Akkezdet Phiai and Brains, naturally brought to you by BP Clothing.

The international line-up will also heat up the chilly nights with such names as Paul Kalkbrenner, the most recent and popular DJ-producer of the European techno scene and previous headliner of VOLT Festival and Balaton Sound. Fridge fans can also see number one party-makers Example together with DJ Wire, super-popular Dub FX, Pendulum and Freestylers as well as Doctor P & Krafty Mc, Grandmaster Flash, and Crookers dj set.