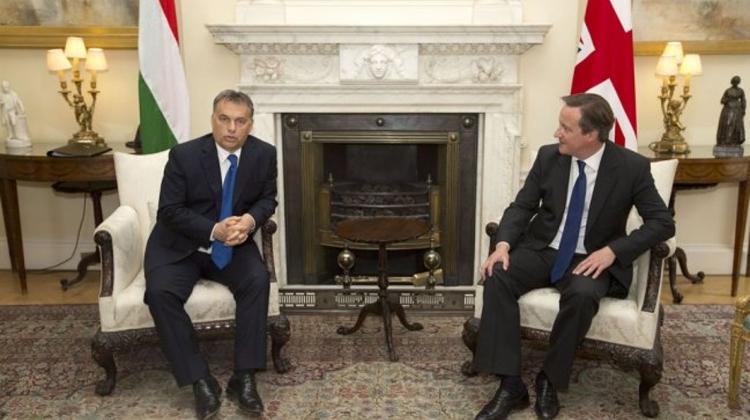 Representatives of the governments of Hungary and Great Britain discussed the most important issues relating to economic policy and government communications at an informal workshop held on October 16-17.

At the event in London, which was attended by ambassadors, state secretaries and political advisors, the parties exchanged views on government measures to boost economic growth and create jobs, as well as on tax and monetary policy and e-commerce. The efficient and easily understood communication of information was also touched on with relation to government communications policy.

Invited guests from Great Britain included the British Prime Minister's economic strategy advisor Kenneth Clarke and the head of Downing Street Policy Unit Jo Johnson, in addition to which the central banks of both countries were also represented in the persons of Deputy Governors Ádám Balog and Charles Bean.

The Deputy State Secretary travelled on to the United States on Friday, where he will meet representatives of the American press and visit one of the largest Hungarian communities in the United States in Cleveland, Ohio, within the framework of a four-day visit.

The official programs begin on 18 October in Washington, where Ferenc Kumin will hold discussions with American researchers, opinion multipliers and leading editors in one of the country's leading research institutes, the Woodrow Wilson Center.

Later on Friday, the Deputy State Secretary will visit the well-known National Press Club in Washington, where he will give a keynote speech and attend a gala reception in honour of the 1956 revolution and fight for independence. In Cleveland he will lay wreaths at the statue of Cardinal József Mindszenty and at the 1956 Memorial. At the invitation of the Hungarian community, Deputy State Secretary Kumin will attend a wine-tasting dinner organised by the Cleveland Hungarian Heritage Society to mark the 75th jubilee of the city's Hungarian Cultural Garden.

On the last day of his visit to the United States, the Deputy State Secretary will give a speech in memory of the 1956 Hungarian Revolution at the Cleveland Hungarian community's annual commemoration event.