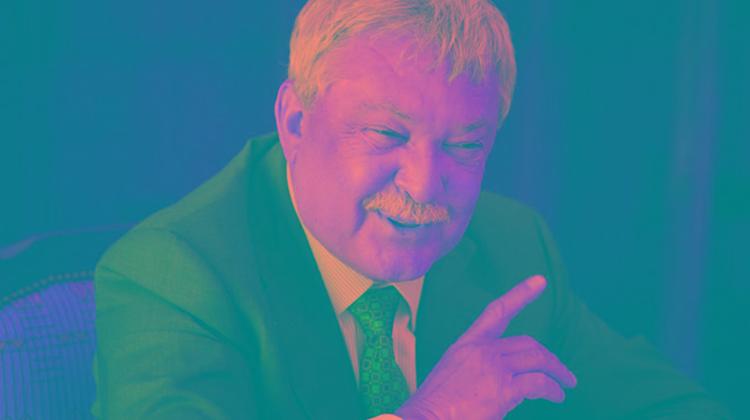 OTP Bank President-CEO Sándor Csányi told the Hungarian edition of Forbes magazine in an interview published on Thursday that the focus of politics on the issue of foreign-currency debt in Hungary is unwarranted.

Csányi said in the interview, excerpts of which the Hungarian edition of Forbes sent to MTI on Wednesday, that political discourse surrounding the issue of FX debt has undermined the willingness to repay such debt among Hungarians.

“Part of the problem is that as a result of government communication the number of nonpaying debtors has risen who have a problem not with the ability to repay, but with the willingness to repay. Many are awaiting more and more help, thus one in five are not paying installments on foreign-currency loans,” Csányi told Forbes.

Csányi said that it is not the company’s fundamental intention to sell its 49.1% stake in Croatian peer INA but if MOL sees no other option than to part with its stake, it would offer to sell it to a third party only if the government of Croatia, which owns 44.84% of INA, is not interested in purchasing the stake.

Csányi is also deputy chairman of the board of Hungarian oil and gas company MOL.