Now On: West Of Transylvania, East Of The Hungarian Great Plain, Museum Of Ethnography 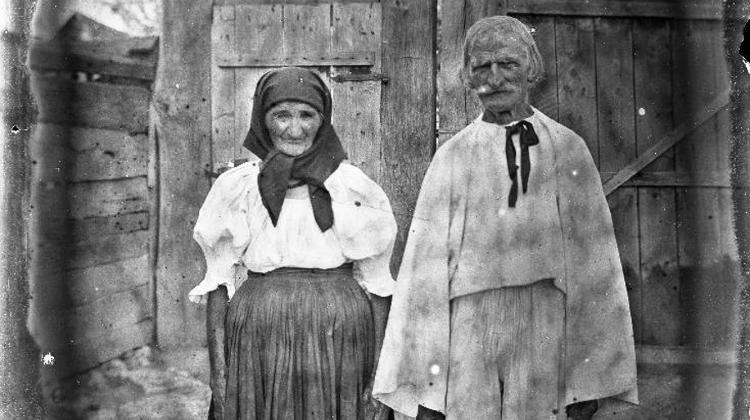 The Fekete-Körös Valley is situated to the south-east of Nagyvárad (Oradea, Romania) between the Apuseni Mountains (Munţii Apuseni) in Romania and the Great Hungarian Plain. The region was settled by Hungarians – with a focus on its fertile plateau – during the time of the Árpád Dynasty, while the first historical references to Romanian villages date to the end of the 16th century.

Romanian settlements in the region have been historically located in its higher, more mountainous areas, and it was from this higher ground that settlers moved in during the first half of the 18th century to repopulate Hungarian villages that had been razed during the Ottoman Occupation.

The national and ethnic make-up seen around the turn of the century was a result of this process, one that left the Hungarian population living in ethnically (and in the highlands, geographically) isolated groups for nearly 200 years. At the beginning of the 20th century, 18 of the valley’s 178 municipalities had Hungarian populations of more than 100 people.

At the turn of the century, one emphatic focus of the Museum of Ethnography’s professional agenda was to explore and document some of the lesser-known, ethnographically archaic regions of Hungary. At the time, the Fekete-Körös Valley was a completely obscure backwater known only early twentieth-century ethnographers. Research into the area was begun in 1910 by István Györffy, a young ethnographer fresh out of his university studies. On August 6, 1911, following an initial brief sojourn into the region, he departed from Budapest by train, changing lines in Nagyvárad for Belényes (Beius), the most significant town in the valley, to begin a 46-day fieldwork project.

In the more isolated highland areas of the valley, Györffy found a peasant culture that was more “antique,” more archaic, than that of the Great Plain, which he had studied and thus knew very well. In many respects, in fact, the people of the Fekete-Körös had preserved what could be seen as a very early phase of that more familiar culture.

Although in the course of his fieldwork, Györffy focused on documenting aspects of culture such as village structure, building techniques, interior décor, and folk attire, and on collecting related artefacts, as a whole, his work is typified by a novel, modern attitude and complex approach. In addition to collecting artefacts representing contemporary culture and social processes, he also took an in-depth look at local archives, allowing him to reconstruct the valley’s national history, including changes in ethnic make-up and transformations in human and physical geographical relationships. Like Béla Bartók, who also conducted research in the area at the time, Györffy was deeply impressed with the “ancient” world embodied by the highland Romanian villages, whose customs were even more archaic than those of the villages populated by Hungarians.

For this reason, the ethnography of the Romanian majority is also richly represented in his work. In his examination of the archaic peasant culture of the Fekete-Körös Valley, Györffy experienced how the cultural changes that spread from the region of the Great Plain were, at the turn of the century, already tipping the scales in their favour, particularly in the villages located closest. These changes were tightly linked to the increasing intensity of the area’s rekindled relationship with the plain, attributable in no small part to the railway line constructed from Nagyvárad through Belényes to the foundry at the bottom of the valley.

With work that may be likened to a unique archaeological find, through the example of the Fekete-Körös Valley, Györffy István has – among other things – brought us into tangible proximity to the cultural, economic, and societal changes that occurred in Hungarian villages during the second half of the 19th century.