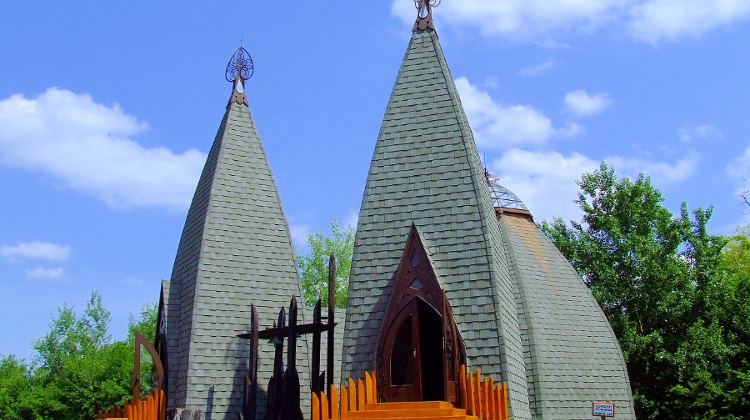 This former puszta settlement is best known today for a huge memorial exhibition on local history. The National Heritage Park here was established in 1982, and is an exceptional open-air museum about all things Hungarian.

This place of national historical importance is dedicated to the remembrance of the founding Magyars. A particular attraction is the 1,800 square metre 'cyclorama' by Árpád Feszty and co, depicting 'The Arrival of Hungarians'.

The 136-acre 'theme park' invites you to explore the history of Hungary as well as the culture and life-style of people living on the Southern Great Plain.

Beautifully nestled in the 'Pusztaszer Protected Landscape', the Heritage Park marks one of the most sacred and important historical sites in Hungary, Ópusztaszer, where in the year 896 the modern nation of Hungary was born.

The most famous sight at Ópusztaszer is the circular panoramic painting covering some 1,800 square metres. Entitled 'The Arrival of Hungarians'.

The architectural features of the memorial park evoke the way of life of the settling ancestors of today's Hungarians.

The traditional village festival is held on the last Saturday of June. Called Hunniális, that feast day is devoted to the memory of settling Hungarians.

Its 'ceremonies' include historic commemorations, literary features, arts programmes, as well as entertainment and sport events. Another annually held series of events starts on the feast of the Assumption of Mary (15th August), continues on St Stephen's Day (20th August), and closes next to the Árpád Memorial on the Birthday of the Blessed Virgin (8th September).

Ópusztaszer is the cradle of the state of Hungary. Through its history, it strengthens the nation, and gives hope to future generations, we're told.

According to Hungarian tradition, it was at this place, around 896 AD that Chief Árpád, the Duke of the Magyars and his chieftains (his leading men) pitched up their tents, and codified the common laws of their new country.

Thus, today’s Heritage Park is far more than a tourist attraction: it is the place where all Hungarians (Magyars) can turn to in order to strengthen their national identity, to remember and preserve their history, culture, and traditions.

– Exhibits one of Europe’s largest panorama paintings, the Feszty-panorama: Arrival of the Conquering Hungarians into the Carpathian Basin

– Invites visitors to discover the archeological excavations of a medieval monastery

– Raises awareness and appreciation of nature, and understanding of the history of the region through exhibits in the eco-friendly Csete yurts

– Replicates village life in a living Open Air Museum with 15 reconstructed buildings from the Interwar Period, and

– Offers a visually capturing display of traditional Hungarian horsemanship, including archery, horseback wrestling, racing, and outfits dating back to the time of Genghis Khan and earlier.

Here at Ópusztaszer Heritage Park history is brought to life for thousands of visitors annually through family-oriented presentations, original costumes, and thrilling events and adventures. Come, “Step Into the Past” at Ópusztaszer.

Located less then 2-hours by car south of Budapest, half-an-hour north of Szeged on the M5 highway (10 km from the Kistelek exit), take Route 5 to Kistelek, from where it is 7 kilometres.