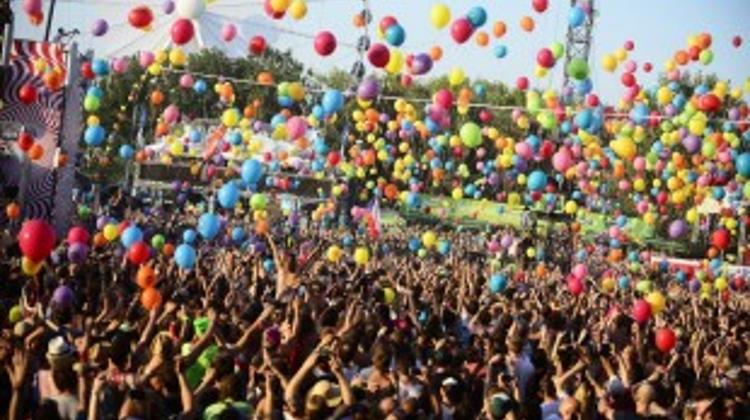 Korn and NOFX were recently added to the already quite prestigious line-up of the 2014 Sziget Festival. This means that all the international acts are confirmed for the Main Stage. Sziget also revealed the 2014 festival app that already includes the detailed daily schedule of the already announced programs. Only 52 days left till the start!

The Sziget crew is working as hard as ever to complete the programs of the event and the news of the day is that the international line-up of the Main Stage is now complete.

The Island of Freedom is happy to once again host nu metal heroes Korn, who will rock the Main Stage on Friday. The Grammy-winning band has sold over 35 million albums world-wide, while twelve of their official releases have peaked in the top ten of the Billboard 200 and eight of their official releases are certified platinum or multi-platinum. Their latest record, The Paradigm Shift was released in October 2013.

Another great addition to the line-up is NOFX. The punk rock combo from Los Angeles has released 12 studio albums and sold over 6 million records, making them one of the most successful independent bands of all time. NOFX’s sound is diverse, utilizing elements of punk rock, skate punk, melodic hardcore, ska punk, and other music genres. It’s more than your usual “sex, drugs, and rock n’ roll”!

In addition, Angel Haze, newcomer to the hip hop scene is also a Sziget performer this year. Angel has been making waves in hip hop since 2009 and her biggest splash came most recently when she was signed to Universal Music Group, becoming their newest artist to date. Like many, her music provides a breath of fresh air for those who have an appreciation for music with genuine substance.

The BossHoss have long since established themselves as one of the most innovative and compelling live acts in the European live music-landscape. The seven piece band in the previous seven years performed innumerous live shows and have certainly left their mark…With a surprising crossover of country, punkrock, blues, 60ies garage and rockabilly, they have perfected their own unique brand of rock n roll. Check them out this year at the Island of Freedom!

The new Sziget app is ready and totally free for all iOs and Android users!

For the next 3 days the detailed schedule of the already announced acts is exclusive on the app, so make sure you get it asap.

And here’s what’s in it:

- Check out all the artists by listening to their music through the app
- Browse program by day, date, venue, alphabetical order
- Create your own program schedule with your favourite programs – and synchronise it with the Sziget website + facebook page
- Get notifications before a program starts
- Find yourself and the venues / useful places on the interactive map
- Browse the hidden treasures of the Festival: fun, art and activities
- Get notifications with the freshest infos, read news regarding Sziget
- Check pictures and watch videos