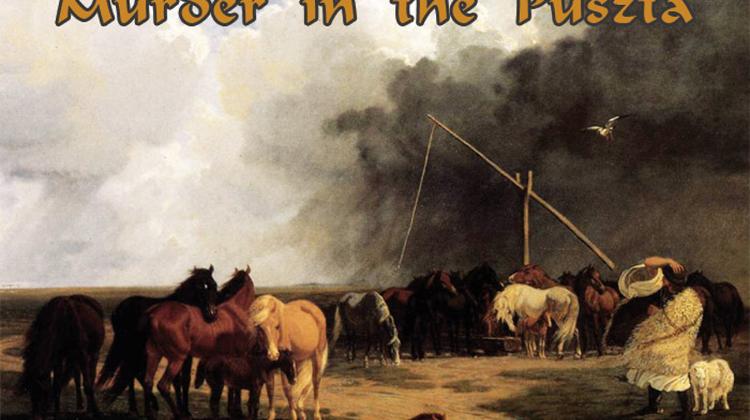 If you and your friends want to solve a Magyar murder in the comfort of your own home, try “Murder in the Puszta”. This is a murder mystery party game where each player acts out a suspect in a murder case. A fictitious csárda (inn) on the edge of the Puszta National Park serves as the crime scene, where inn owners Pisti and Marika always give their guests a hearty welcome.

Their passionate son Bálint helps with the horses, and flirtatious Kati with the cooking and cleaning. The guests come from all walks of life: there’s Klaus from Germany with his feeble jokes, whereas his wife Christine doesn’t seem to have any sense of humour at all.

Expat English teachers Esther and David have come from the capital Budapest to take a rest from their stressful jobs. In her search for a story, journalist Jane is spending the weekend at the inn too. But even she gets more than she’s bargained for when - just as the goulash is bubbling gently in the cauldron - a murder is discovered. And the murderer is in their midst...

A murder mystery game is a role play in which each participant is both a suspect and detective. At least one player is the murderer and tries to mislead the others. To add to the confusion, everybody involved has got their own little secrets too which they are trying to conceal. Over the course of a dinner, further clues emerge and the players cross-examine each other. At the end of the party each guest accuses another player, and the game finishes with the murderer’s confession.

This game for eight players takes three to four hours and is recommended for ages 16 and up. The host can play a role too since the instructions do not reveal any information on the murder case.

This is the first murder mystery game with a Hungarian setting. It is targeted at crime and parlour game lovers with a special interest in Hungary such as expats and tourists. An attractively designed CD-ROM with printable pdf documents is now available at Yellow Zebra Books (Budapest district VI, Lázár u. 16). You can also find the game online at www.ulinater.de/murdermystery/puszta. Apart from the eight secret role descriptions, it includes a party planner for the host, recipes, invitation, game rules and clues. So far there is an English and a German version.

German writer Uli Nater used to live in Budapest for eleven years, where she plotted “Murder in the Puszta”. Upon moving to Munich, she single-handedly resolved the hitherto unexplained death of Ludwig II of Bavaria (the historical "Swan King" who built Neuschwanstein Castle). The Scottish Highlands served as a backdrop for a third murder mystery game, which she devised for classroom use for learners of English. Besides murder mysteries, she also writes language teaching materials.