Tobacco Franchises In Hungary Apparently Awarded At Will 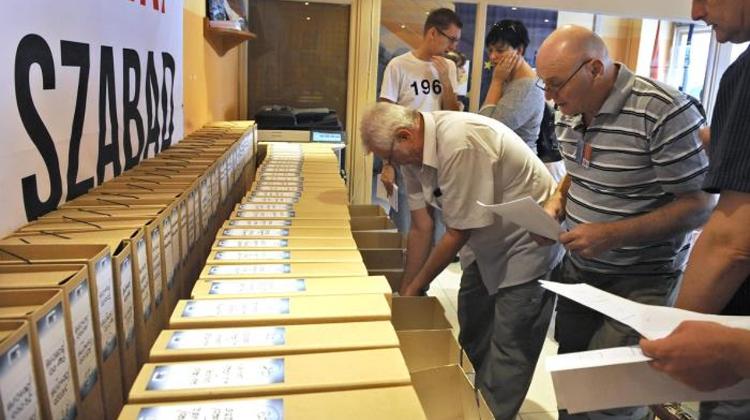 Democratic Coalition (DK) has made the scorecards of winning tenders for tobacco franchises available to the general public.

Hungary’s Fidesz-KDNP government has faced repeated accusations of cronyism over the 2012 nationalization of tobacconists in Hungary. The recent release of the tender documents will do little to change that.

After a court ordered the National Development Ministry to hand over the tobacco shop tender documents to the opposition Democratic Coalition party, which had sued the ministry for the information, it turned over 14 meters of folders containing only scoring sheets. Apparently, no proper written evaluations of tender materials were prepared, only point scores.

The losing tenders had already been returned to the applicants, prompting critics at the time to accuse the government of deliberately undermining future attempts to audit the tender results. Online daily news portal index.hu obtained a few of those and assessed them alongside the newly released documents and determined that, as in the case of the controversial public land tenders, the government’s system had made points awarded to business plans the only deciding factor.

Nol.hu reports that in many cases the exact same business plan was used to win multiple franchises under different names. Both index.hu and nol.hu note that the twelve officials responsible for evaluating some 15,000 tenders could not possibly have completed their work in two months, the implication being that the winners were pre-selected from among business associates, friends, relatives and supporters of Fidesz politicians.