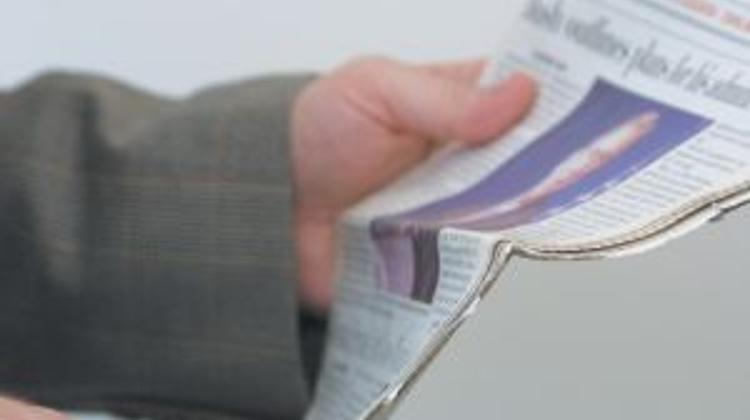 Left-wing commentators accuse PM Orbán of siding with Putin in the controversy over Ukraine. A right-wing analyst suggests that Hungary has to walk a tightrope in that conflict.

In Népszava, deputy editor János Dési says Mr Orbán was right to say that “we have shot ourselves in the foot”, but believes “we did so by electing Mr Orbán”, rather than by adopting sanctions against Russia, which do more harm to us than to Putin, as the PM said. The sanctions and counter-sanctions, he continues, certainly have negative consequences for Hungary, but incomparably less negative than a protracted war would cause next door.

Dési also thinks the Prime Minister has “opened a new front” with the West, and ultimately risks sanctions from that side too. Dési believes that under these conditions it is especially irresponsible on the part of the left-wing parties to “waste their time killing each other”.

(For leftist infighting around the forthcoming municipal elections, see BudaPost, August 14. The three parties have by now managed to agree on all issues, except for the 13th district where they have thus dropped the original idea of running joint candidates for council seats, but decided that the allies will not run against incumbent Socialist Mayor József Tóth.)

In Népszabadság, Bratislava-based József Szilvássy accuses critics of sanctions of encouraging further Russian territorial expansion. He agrees with Slovak liberals who have strongly criticised their left-wing Prime Minister Robert Fico who called the sanctions unfortunate and more harmful for Slovakia than Russia. (In his radio interview, Mr Orbán made his “shot-ourselves-in-the-foot-statement” expressing his agreement with the opinion of his Slovak counterpart.)

Szilvássy remarks that Mr Orbán and Mr Fico have a third ally in the person of Czech Prime Minister Bohuslav Sobotka who expressed himself on the sanctions in a similar vein to his two colleagues. Szilvássy fears that the Crimea might have only been a first stop-over on a long journey that could take Mr Putin to “undisclosed further destinations”, and this is what he deems to be the “gist of the matter”. He accuses critics of sanctions as men who see “a model in Putin, rather than an aggressor”.

In a separate Népszabadság column, Gábor Miklós goes so far as to suggest, albeit between the lines, that opponents of the sanctions may be Russian agents. He describes what has happened as in contradiction with Hungary’s EU and NATO membership. Our Prime Minister “nurtures intimate relations” with Putin, “concludes secret deals with him”, and “weakens the Ukrainian position at every turn” instead of simply applying sanctions as our duty would demand.

Quoting Russian liberal politician Grigory Yavlinsky, he says Mr Putin, as a former KGB operative has learned two things: special operations and recruiting agents. “He has bought extremist nationalist groupings on the one hand, and respectable politicians and governments within the EU on the other.”

In Magyar Hírlap, József Borbély thinks Hungary, just like NATO in general, has a vested interest in a stable and sustainable Ukraine as its eastern neighbour. The whole conflict, as he sees it, is about the “Atlantic Region” trying to push Russia further East from Central Europe.

Hungary of course, would also be better off if a huge oversized power were more distant from her borders. But that presupposes the existence of a stable and viable Ukraine, and Borbély believes that as long as the issue of the millions of ethnic Russians in Eastern Ukraine is not settled, stability in Ukraine will remain a dream.

He quotes Alexander Solzhenitsyn, who predicted conflicts in that region and many other border areas right after the implosion of the Soviet Union. Solzhenitsyn said the problem was that the Soviet Union had fallen apart along the artificial boundaries drawn by the Communist Soviet leadership, leaving 25 million ethnic Russians outside the boundaries of Russia.