332 Works On Show @ The Hungarian Film Week, Until 19 October 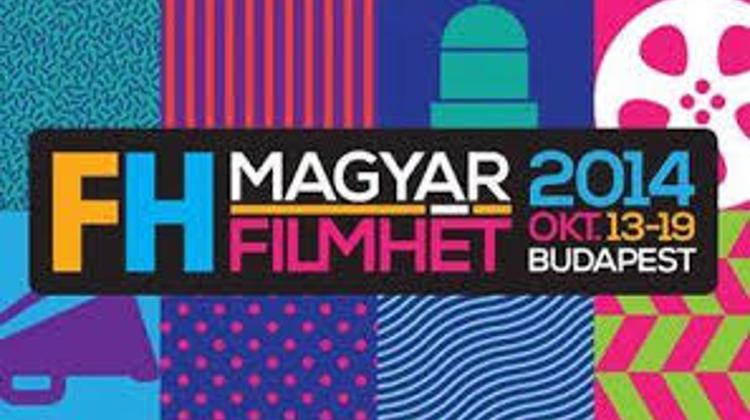 12,620 minutes of Magyar films, hundreds of recent works from talented Hungarian filmmakers that conquered festivals as well as the local box office, will be showcased at the Hungarian Film Week in Budapest between 13-19 October

“This week marks the celebration of Hungarian film. This is where the film industry and the audience meet, and where they can view together the films produced in the past years. Nominations to the Film Week included films made in the framework of the film support system renewed in 2012, as well as independent productions made without public subsidy, representing all genres. It is an exceptional occasion when the results of three years are presented to the viewers.

The Film Week’ motto is Come, sit beside me, because we do believe that Hungarian film deserves fondness from the audience, and that an increasing number of moviegoers will visit cinemas to see Hungarian films.” – noted Agnes Havas, CEO of the Hungarian National Film Fund.

On the evening of 13 October, the Film Week will be opened by a unique cinematographic event: the world premiere of The Undesirable (A tolonc, 1914), a restored digitised version of a 100-year-old silent film by Mihály Kertész, the legendary Hungarian filmmaker known as Michael Curtiz all around the globe. The gala premiere will be held in Palace of Arts’ Béla Bartók National Concert Hall, and accompanied by a new score composed by Attila Pacsay, performed by a 52-member live orchestra.

Festival-goers will have the chance to see – or re-discover – huge festival favourites, such as Le Grand Cahier (A nagy füzet) by János Szász, Heavenly Shift (Isteni műszak) by first-time director Márk Bodzsár and Land of Storms (Viharsarok) by Ádám Császi. Big local box ofﬁce successes that were seen by over 100,000 people, like the romantic comedies Coming Out by Dénes Orosz and Whatever Happened to Timi? (Megdönteni Hajnal Tímeát) by Attila Herczeg, and Cannes award winner White God (Fehér Isten) by Kornél Mundruczó and Virág Zomborácz’s Afterlife (Utóélet), which was an audience favourite in Karlovy Vary, are unmissable treats too for ﬁlm enthusiasts.

The Hungarian Film Week is proud to host the world premiere of No Man’s Island (Senki szigete), the latest work by Ferenc Török, writer-director of emblematic Moscow Square (Moszkva tér, 2000). The film is a modern fairy tale about people driven to seek happiness: Vera is a cab driver who has been saving up for years to buy a house and settle on No Man's Island in the Pacific, to escape the world she lives in. Zoli has what it takes to be a professional basketball player, but he is a coward who flees from his own talent.

The two youngsters, each on the run in their own way, are joined by Mia, the runaway bride. Three lives clash and intermingle as they journey towards an unexpected solution.

Gábor N. Forgács’s Butterflies (Pillangók), a shocking psychodrama with tragicomic elements set in a lost Hungarian village, will be shown for the first time in Hungary during the Film Week.

Szabolcs Tolnai’s Serbian-Hungarian co-production, Strange Forest (Az erdő) will have its Hungarian premiere at the Film Week. Strange Forest is a drama that draws the viewers into the world of a Hungarian family from Novi Sad, whose son escapes from a drug rehab centre. The film is Szabolcs Tolnai’s fourth feature, and incidentally the fourth co-production between Hungary and Serbia.

Homeland, Sex and Further Inconveniences (Szülőföld, szex és más kellemetlenségek), Réka Kincses’ feature film debut is the story of a Hungarian immigrant in Germany, who has successfully become more German than the Germans, when she realizes something went missing along the way... The German-Hungarian coproduction will have its Hungarian premiere at the Film Week.

For Some Inexplicable Reason (Van valami furcsa és megmagyarázhatatlan) by Gábor Reisz, the recent winner of Miskolc Cinefest top prize, will have its first Budapest screening at the Hungarian Film Week. Following up his domestically celebrated short films, Gábor Reisz turns in a humorous indie feature debut that explores, with objectivity and a flair for constructing bizarre situations, the protagonist’s search for himself and his place in life.

Many short and documentary ﬁlms will premiere at the Film Week as well, including brand new graduation pieces by film students from ELTE, MOME, BKF universities and the University of Theatre and Film (SZFE).

Accompanying programmes include retrospective screening series and exhibitions as well as a screenplay pitching forum.

Almost all ﬁlms will be screened with English subtitles, so the language barrier won’t hold back Budapest’s English-speaking community to discover the latest works by local filmmakers.

Full programme and detailed film list can be found at Filmhet.hu.