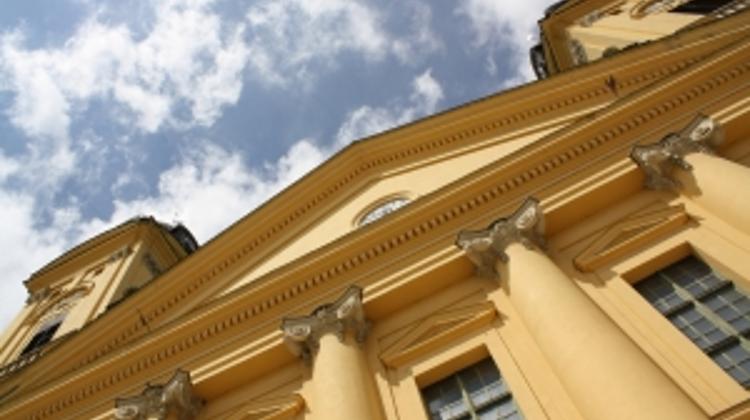 Although Budapest is far the largest city and the capital of Hungary, visitors and travelers should look beyond its borders. The Hungarian countryside is not just about ‘puszta’ and Balaton lake, charming cities and towns full of culture and history welcome guests in every corner of the country. For the opening of Hungary Today’s new ‘Lifestyle” column, we have collected the three best must-see cities of Hungary outside Budapest.

Debrecen, situated in Eastern Hungary, is one of the most vivid and coziest nooks in Hungary: this city is a unique and outstanding whirlpool of a dynamic cultural and intellectual heritage and of an effective and successful economic life. The centuries’ old traditions and the most recent technical and scientific innovations enhancing each other make Debrecen a nationally and internationally renowned city.

This lively city in the heart of the Carpathian Basin awaits the visitors with a cornucopia of programs and events, from a number of excellent art exhibitions, folk programs to many sports and leisure events.

The outstanding collections of the local museums, the historical monuments of the city or the various and imposing programs of local folk traditions enchant all visitors who wish to explore the marvels of Debrecen: choir festivals, folk festivals, carnivals, breath-taking exhibitions, fairs offer their programs and goods for the visitors.

At the same time Debrecen, which is a university centre, is also a place for conferences and scientific meetings, and this serves the active and organic cooperation of the city’s economic, scientific, educational and cultural life.

This culturally and scientifically active life is combined with a splendid leisure and wellness sphere as well: the recently renovated Mediterranean Aqua Park and the charming Zoo in the centre of the romantic Great Forest offer excellent time for the whole family, while the Aquaticum Wellness and Spa Resort designs exclusive health treatments and wellness care programmes for the visitors as Debrecen is one of the largest centres of mineral thermal water in Europe.

This leisure life is enriched by the active sport life of the city: Debrecen has been hosting a number of national and international sports events from national championships to European and World championships.

For the lovers of rural country life the Erdőspuszta territories and Hortobágy is a must to visit, because the calm and enchanting atmosphere is an excellent basis for relaxation, while those who seek pleasures in fishing, hunting and riding may also enjoy the region.

Thus, this city in the eastern periphery of the country is an unparalleled place – not only because of the flourishing cultural, scientific and social life but because of the dynamic economic and industrial traditions as well, which has established an outstanding and marvellous atmosphere in Debrecen.

Home to the world-famous Zsolnay ceramics and the largest Turkish ruins in Hungary, Pécs is a city of art and history. Pécs, located in South Hungary, is also a famous university town with many students, giving the city a youthful profile.

Pécs has a rich history of more than 2,000 years. First settled by the Celts the city later became a part of the Roman Empire. The Necropolis of Sopianae, a UNESCO World Heritage Site, dates back to the fourth century. This is the largest Early Christian burial chamber found outside Italy.

In the Middle Ages, Pécs was a center of education and learning. The University of Pécs, founded in 1367, and the oldest university in Hungary, was among the first universities in Europe. In 1777, Queen Maria Theresa gave Pécs the status of ‘Free Royal Town’ and once again the city started to flourish. Some Baroque monuments like a Franciscan church, a Franciscan monastery, and a former monastery of the Pauline order date back to this period.

In the 20th century, thanks to a coalmine and a uranium mine, Pécs was partially converted into an industrial hub. Several factories were built, however after the fall of the Iron Curtain many have closed. Today, Pécs is a city of art and culture, filled with museums and galleries. It’s not surprising that Pécs, named the ‘Borderless City’, was selected to be the European Capital of Culture in 2010, sharing the title with Essen (Germany) and Istambul (Turkey). Several new venues were built throughout the city, including the Zsolnay Visitor Center and a Regional Library and Knowledge Center.

Despite this, Pécs is – as described by a winning competition slogan – “the city of Mediterranean impressions.” At the end of summer city you can discover old fig trees in gardens and vineyards surrounded by rustic masonry on the hillside. The proportion of vines on the Mecsek is decreasing as houses climb up the hillside with the city’s rapid development, but wine is still produced on Aranyhegy (hill) and in Makár, Donátus, Bálics, Patacs, Rigóder and the gardens of Meszes.

Not without reason is Pécs referred to as the “City of Grapes and Wine.” People who have lived in Pécs for several generations call themselves “tüke,” which originates from the word “tőke”, or vine-stock.

South of Pécs lies the Villány region, Hungary’s most southerly wine region and a favorite destination among wine enthusiasts. Villány is famous for its full-bodied and spicy reds. The Cabernet Sauvignon, Cabernet Franc and Merlot are definitely must-tries here. Hungary’s warmest vine region has long, dry, sub-Mediterranean summers and mild winters. Winemaking has long traditions in this region and Villány (along with Szekszárd, which is about 60km away) is considered the premier red wine producer of the country.

Sopron is situated near the western borders of Hungary, at the foot of the Alps, 60 km from Vienna and 220 km from Budapest. It is one of the oldest jewelboxes of the country. Sopron merges past and present in itself. It creates a bridge between Hungary and its western neighbours, opening a gate for foreign guests visiting Hungary, as it is symbolized by the coat of arms of the city.

The inhabitants of the city are famed for their hospitality and loyalty to their hometown. This is also symbolized by the ‘Gate of Faith’, which can be found on the southern side of the Firewatch Tower, the symbol of the city, and which was made in memory of the referendum of 1921.

The City Hall was built in 1896, in the year of the Hungarian Millennium. Opposite it, the Storno House is one of the most well-known buildings of the city, thanks to its highly interesting collection. Even King Matthias stayed overnight between these walls. The Goat Church provided a venue for coronations and parliamentary sessions.

The Holy Trinity Statue is a masterpiece of the Hungarian Baroque, while the neo-Gothic Ursuline Church is one of the most impressive architectural monuments of the past century. Várkerület was built along the former moat, its inner row of houses following the line of the castle wall. A gem of Várkerület is the Maria Statue.

The curative and refreshing air of the natural environment, the hiking routes of the wooded hillsides, the view towers, the mountain springs, and the proximity of Lake Fertő make Sopron one of the most beautiful and most pleasant holiday resorts of Hungary. The Löverek, the hilly area south of the city, is the most fascinating and most distinguished area of the city. It offers calm forests with spruces, oaks and chestnuts, lilies of the valley and cyclamens, hiking paths and lookout towers.

Another attraction of the historic town of Sopron is the excellent wines of the region, so the city is becoming increasingly popular among those who would like to satisfy their thirst with noble wines.