Foreign Minister: Putin’s Upcoming Visit To Budapest Could Be Crucial 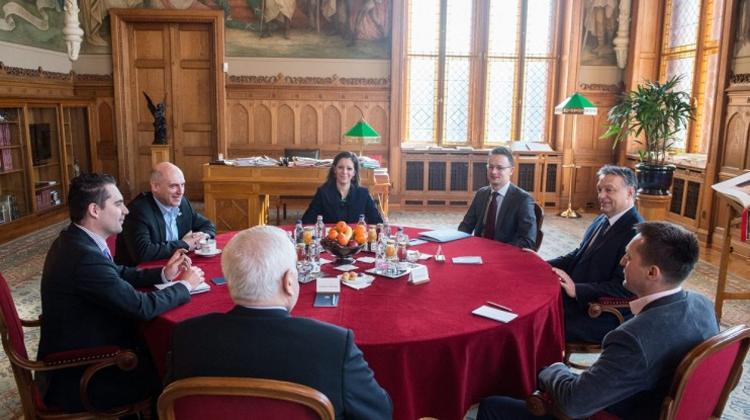 Russian President Vladimir Putin’s visit to Budapest could be crucial from the point of view of maintaining secure energy supplies to Hungary, Péter Szijjártó, minister of foreign affairs and trade, said. Russia will remain a key player in ensuring central Europe’s energy supply so it is “inconceivable for us not to consult with it regularly,” he said.

Russia is Hungary’s third biggest trading partner, and the recent drop in bilateral trade has had a “very grave” impact on Hungary’s economic performance. It follows that ways to boost two-way trade will feature high on the agenda of the visit, scheduled for February 17, he said.

Szijjártó noted that the Hungarian- Russian long-term gas agreement will expire this year. As Russia continues to be Hungary’s biggest supplier, the issue of safe energy supply should be settled in a reassuring way, he said.

For the time being, Russia and Turkey are negotiating about gas supplies but have not signed a binding agreement. It is clear that the gas originally intended to be transported through the aborted South Stream pipeline will indeed arrive in Turkey.

But plenty of questions, including the price and the route, are still unresolved, he said. It would be important to know when, and along which route, Russian gas deliveries via Turkey to central Europe can start and who will finance the pipeline construction, the minister said.

Establishing the infrastructure would require huge investments, which the countries lying along the pipeline would be unable to finance alone. This implies that the European Union should get involved in the project, all the more so since central Europe’s energy security is an all-European affair, he said.

Meanwhile, Prime Minister Viktor Orbán and Foreign Minister Péter Szijjártó briefed officials of parliamentary parties on recent developments in the conflict in Ukraine and argued that aid to the country must be continued. The geopolitical situation which has emerged around Hungary is cause for regular consultations with parliamentary parties, Szijjártó said.

He said the party officials had been briefed about Ukraine’s continued need for assistance to achieve political and economic stability.

“Aid to Ukraine must be continued,” Szijjártó said, noting that Hungary had so far extended 100,000 euros to help operate the Organization for Security and Co-operation in Europe’s mission in Ukraine where 21 Hungarian officials also serve as well as 100 million forints in humanitarian aid for dealing with internal refugee movements and 340 million forints for the operation of institutions in Transcarpathia.