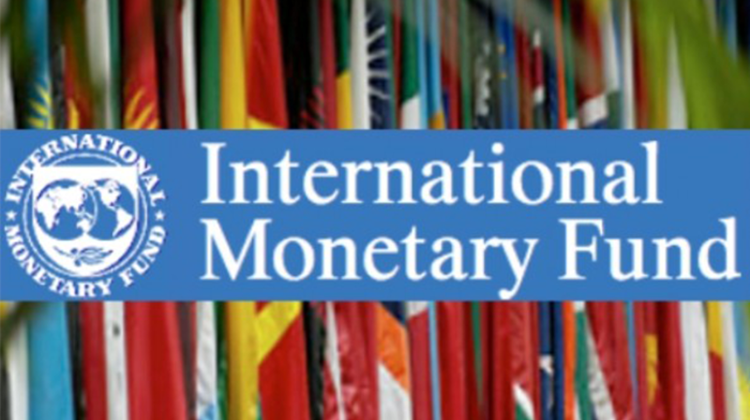 Hungary’s economy is coming back from the crisis but the road to strong, sustained activity and higher private sector employment is still a long one. Macroeconomic policies have contributed to a welcome reduction in vulnerabilities, strong growth and a reduction in unemployment. But the country remains susceptible to shocks and its medium-term growth prospects are subdued.

This juncture presents a window of opportunity for policymakers to re-calibrate policies to address the remaining vulnerabilities and structural weaknesses. To this end, there is a need for gradual fiscal consolidation based on more efficient, equitable and growth-oriented public expenditure and tax policies.

Progress on the fiscal front needs to be complemented with structural reforms to unleash Hungary’s growth potential and improve its attractiveness as a place for domestic and foreign entrepreneurs to create more jobs and innovate.

Last but not least, sustaining strong growth will also require preserving price stability and reviving financial intermediation, including by improving the operating environment for the banking sector.

1. The Hungarian economy is growing at a strong pace supported by accommodative policies and improved market sentiment. A surge in investment and private consumption boosted GDP last year despite weak economic activity in the euro area and brought it close to its pre-crisis level.

The unemployment rate has been declining on account of both the expansion of public works and job creation in the private sector. Growth is projected to decelerate to 2½ percent in 2015 and stabilize at around 2 percent over the medium term.

Headline inflation is expected to remain low in the coming months on account of a still negative output gap and import price moderation. Provided that inflation expectations remain anchored, inflation will gradually pick up to the 3 percent target.

2. The balance of risks to the outlook is tilted to the downside. External vulnerabilities, although moderating, are still elevated. An abrupt change in risk perception, including from re-emergence of financial stress in emerging markets, sovereign stress in Europe, or further escalation of geopolitical tensions in the region, could lead to a sharp capital flow reversal with an adverse impact on government financing, banking sector funding and balance sheets.

Moreover, a protracted period of slower external demand growth would weigh on exports.

On the upside, recent banking legislation could further support private consumption and investment. And the boost to purchasing power from lower oil prices may have a larger effect on growth than presently expected.

3. The 2014 fiscal deficit over-performed relative to its target, but the fiscal stance deteriorated and public debt increased slightly. The deficit is estimated at 2.6 percent of GDP, as revenues were propelled by an accelerating economy and improvements in tax administration and were only partially offset by higher expenditures.

However, fiscal policy continued to be pro-cyclical and preliminary estimates suggest that public debt increased slightly to just below 78 percent of GDP, partly due to exchange rate movement.

4. While the 2015 budget envisages a reduction in the deficit, the authorities’ commitment to fiscal consolidation needs to be supported by more concrete policy measures.

The mission projects the deficit to reach 2.7 percent of GDP, implying a further slight fiscal relaxation and only a moderate decline in public debt, despite the relatively strong growth. At the same time, distortionary sectoral taxes undermine investment and long-term growth.

Moreover, the inclusion of unidentified revenue sources weighs on fiscal transparency, while sizeable allocations to discretionary programs compromise the quality of spending. The authorities’ recently announced intention to downsize the public sector is welcome, but more concrete steps are needed to improve the efficiency of expenditures.

5. A growth-friendly and inclusive fiscal consolidation strategy could aim at bringing debt to a downward trajectory while boosting long-term growth. In light of the need to balance debt-reduction with supporting growth, the mission recommends a moderate structural fiscal tightening by ½ percent of GDP per year starting in 2015, consistent with a reduction in public debt to around 60 percent of GDP by 2020.

This adjustment should be firmly anchored in a medium-term budget framework. In the mission’s view, there is scope to boost human and physical capital and overall productivity through a number of fiscal policy measures, including:

Steps to enhance the efficiency and progressivity of the tax system, including by reducing exemptions and gradually eliminating distortionary sectoral taxes, while tackling compliance issues, such as VAT fraud.
A reduction in public sector employment and improved public service delivery (including in health, education and state-owned enterprises) through higher expenditure efficiency.

A more efficient social welfare system based on targeted, conditional transfers linked to revamped labor market policies focused on individualized skills-training along with a gradual phasing out of the public works program.

6. Further monetary easing should be considered in the face of persistent disinflationary pressures. The mission recognizes that, with the policy rate at a record-low level and increased utilization of the Funding for Growth Scheme (FGS) monetary conditions have been appropriately eased and have supported the strong recovery of domestic demand.

Nevertheless, inflationary pressures remain subdued and with output still below potential, a weak external environment, and falling commodity prices, inflation is likely to remain low for an extended period. Moreover, risks to inflation are tilted to the downside, particularly if inflation expectations continue to moderate.

The mission, therefore, sees scope for further cautious monetary easing, particularly given the improved resilience of household balance sheets to exchange rate risk, and also in light of the recent quantitative easing by the European Central Bank. Such a stance would also be warranted if fiscal consolidation proceeds.

In the event of a sharp deterioration in risk perception, monetary tightening would be necessary to mitigate capital outflows and support financial stability. The mission welcomes the National Bank of Hungary’s intention to maintain an adequate level of international reserves, which serve as an indispensable buffer against such shocks.

7. The banking sector remains under pressure, though its vulnerability to shocks has declined. On the one hand, while aggregate capital and liquidity positions are adequate, many banks have remained loss-making and have faced a continued contraction in their balance sheets.

Furthermore, the Settlement Act, together with the tax burden and significant loan-loss provisioning on the back of high non-performing loans (NPLs) has kept the banking system in the red.

On the other hand, the conversion of FX mortgages at market exchange rates has significantly reduced the exposure of the private sector to exchange rate risk, and is likely to improve asset quality while reducing the banking sector’s reliance on FX swaps. Finally, the Fair Banking Act—although potentially weighing on profitability—will increase the transparency of pricing.

The scheme could be modified to better support monetary transmission and enhance its impact on economic growth. The mission recommends linking the lending rate to the policy rate in a manner that adequately compensates banks for lending to riskier SMEs.

The mission also recommends reducing the tax burden on banks, and, in this regard, encourages the government to discuss with banks ways to improve their operating environment. Finally, the state’s role in the banking system needs to be contained and lending activity be based on adequate risk-management practices.

9. Accelerated bank portfolio cleanup will support financial intermediation. Although NPLs have stabilized, they are projected to remain elevated as portfolio cleaning remains sluggish. Strong efforts are thus needed to facilitate faster cleaning of bank portfolios, by improving the legal, tax and regulatory environment.

Adopting a personal insolvency law in line with international best practice would be important. The establishment of an Asset Management Company (MARK) should help banks to refocus on core lending and deposit-taking business by removing distressed commercial real-estate loans from their balance sheets.

The mission underlines the importance of keeping MARK’s operations fully independent and transparent so as to avoid a potential conflict with the National Bank’s price and financial stability objectives. Moreover, MARK should be given an exclusive objective of maximizing the value of purchased assets while ensuring that the transfer of assets be done on a voluntary basis, based on a clear and consistent set of valuation criteria.

10. Ambitious structural reforms could put Hungary on a higher growth trajectory. Growth is constrained by structural weaknesses in the labor market, a difficult business climate, the state’s increased role in the economy and low productivity. This highlights the importance of a comprehensive set of measures:

Labor market: Low participation rates, particularly among women, call for targeted policies. Further steps to boost female labor force participation could include: a re-shuffling of spending on family benefits; phasing out the early retirement scheme for women; and reducing the gender wage gap. It would also be important to upgrade labor skills and reduce skill mismatches to enhance productivity, including by strengthening the training component of active labor market.

Competitiveness: Strong efforts would be needed to improve productivity, increase export diversification and move up in the value chain. Focus should be on strengthening R&D, promoting entrepreneurship and alleviating impediments for SME internationalization and their better integration into the value chain.