Xpat Opinion: Will Simicska Wage His Media War In Hungary On His Own? 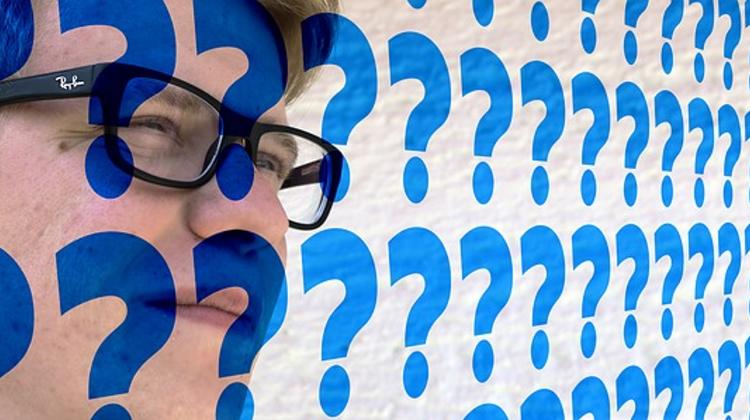 Commentators wonder how far the feud between Prime Minister Orbán and his former friend and treasurer will go, and what impact it will have on the main right-wing media outlets which are ultimately owned by the latter.

In Magyar Hírlap, Zsolt Bayer, Fidesz’s number 5 membership card holder is convinced that Mr Simicska’s plan to turn his media empire against the Prime Minister is unrealistic. The journalists employed there have chosen to do so out of conviction and so have readers, viewers and listeners. Bayer admits that if it hadn’t been for Lajos Simicska, Fidesz would have ceased to exist twenty years ago.

Simicska created the financial background that was indispensable to running a political party, and set up the media system behind Fidesz with a TV station, radio network and several newspapers, including Magyar Nemzet (which didn’t comment on the developments over the week-end).

Bayer finds “what Simicska is doing now abominable”, all his past merits notwithstanding and warmly welcomes the resignation of virtually all the leading editors of the Simicska empire – “as an act of conscience”.

On Magyar Narancs online, in his last interview before going on a one week holiday outside Hungary, Mr Simicska said his divergences with the Prime Minister are not merely of a financial nature. The conflict exploded on Thursday with Simicska threatening an all-out media war if a general 5 per cent tax on advertisements is introduced. This is planned by the government to replace the hole in the budget caused by the abolition of the huge ads tax originally imposed on the German owned RTL Klub TV. That will be revoked as a result of intensive Hungarian-German consultations.

Speaking of those policy differences, Mr Simicka said he was opposed to rapprochement with Russia and saw no difference between the present Russian régime and the Soviet Union. He also accused Orbán of preparing the groundwork for “another dictatorship”. In conclusion, the media magnate told Magyar Narancs that he had misjudged the Prime Minister’s character when he believed him to be a real statesman.

After refraining from talking to the press for decades, Mr Simicska used vulgar expressions about the Prime Minister in his series of phone interviews for various outlets. One of those four letter words is for the first time printed by a serious newspaper in Népszava’s week-end OpEd page and in the one-word headline of a column by editor Péter Németh, no less. BudaPost translates this very euphemistically as “spunk”, for the sake of decency.

Német excuses himself for printing that word, but he believes it reflects the gravity of the rift between the two old-time friends. Another similar indicator, he believes, is Simicska’s statement according to which he might end up being killed.

On Válasz.hu, Heti Válasz’s website, Anita Élő criticises the 5 per cent for all ads tax devised to replace the punitive levy imposed on RTL Klub TV. She doesn’t see any valid reason for it except that the government wants to collect “a fiscally negligible” sum to replace what was levied before on RTL Klub.

The government agreed to withdraw that tax shortly before Chancellor Merkel’s visit to Budapest on Febuary 2, however Cabinet Minister János Lázár said it had to be withdrawn because the European Commission found it discriminatory and threatened an infringement procedure against Hungary.

It would be weird, Anita Élő writes, if right-wing personalities started fighting each other once “the left-wing enemy is nowhere to be seen,” regardless of what would happen to Hungary’s newspapers and their millions of readers. They haven’t realised perhaps that without a strong (opposition and pro-government) press, “democracy is bound to be shaken”.

In Népszabadság, Miklós Hargitai expects Simicska’s media empire to become more critical towards the government, but thinks that such a strategy may prove unsustainable.

Right-wing journalists, he believes, are simply servile and accustomed to making propaganda rather than exercising a sort of public control over their own political camp. He is also convinced that the right-wing public will not follow Simicska’s mutiny, for he suspects that they are linked to the Prime Minister by the bonds of “a quasi-religious belief”.

Under such conditions, a media outlet will find it hard to “detach itself from Viktor Orbán. It is the Prime Minister who commands the allegiance of the readers and the viewers, not the newspapers and TV and radio channels, Hargitai concludes – they are interested in the message, not the medium.

On Mandiner, Ákos Gergely Balogh agrees with Péter Kóczián, a well-known blogger who thinks Simicska’s enormous might had become increasingly burdensome for Prime Minister Orbán, who felt it restricted his elbow room.

Balogh thinks the new fixed-sum ad tax will threaten the national press and will make it even more difficult for Hungarian media outlets to compete with international giants, like Google and Facebook, which attract more and more visitors and hence advertising, but pay no taxes in Hungary. A multifaceted national press is a basic national value and Népszava and Magyar Nemzet are part of the national heritage, whatever we may think about their current editorial content, Balog warns.