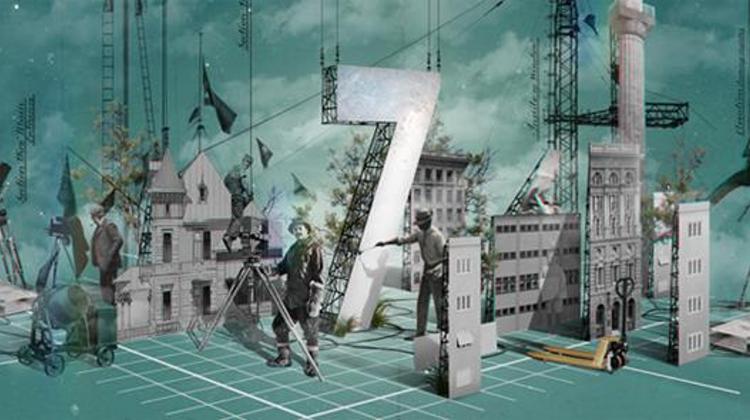 Hosted by KÉK - Hungarian Contemporary Architecture Center, screenings will take place at Toldi Cinema, with over 30 documentaries, short and experimental films, open to all who want to learn about current questions of urbanism, architecture and design.

These films reveal approaches that will help us looking at the surrounding city in different ways and explore the untapped opportunities of urban space and communities. Self-organized urban communities, strange world of funfairs and theme parks, architectural traces of Eastern Europe’s political transformations, new forms of urban activism – these are the main themes in focus at the 7th Budapest Architectural Film Days.

Exclusive to this year's ceremonies, the screenings will be concluded with a gala event held on Monday, March 9th at Uránia Movie Theater. Features include the national premiere of Cathedrals of Culture, the 3D movie by German director legend Wim Wenders, a journey into the world of our everyday through the eyes of six iconic buildings.

Project contributors include Robert Redford, Michael Madsen and Karim Aïnouz. Guests at this year’s festival include two star architects, Herman Hertzberger and Isay Weinfeld, who will held lectures at the cinema on 7 and 8 March. The screenings will be accompanied by further discussions and roundtables with architects, designers and urban thinkers.

Toldi Room 1
19:00 Christiania - 40 Years of Occupation
screening and discussion with the directors, Robert Lawson and Richard Jackman
21:00 Short History of Abandoned Sets / The Machines of the Isle of Nantes / The Poor Man's Follies

Toldi Room 2
19:30 Maker
screening and discussion with Makers from Budapest