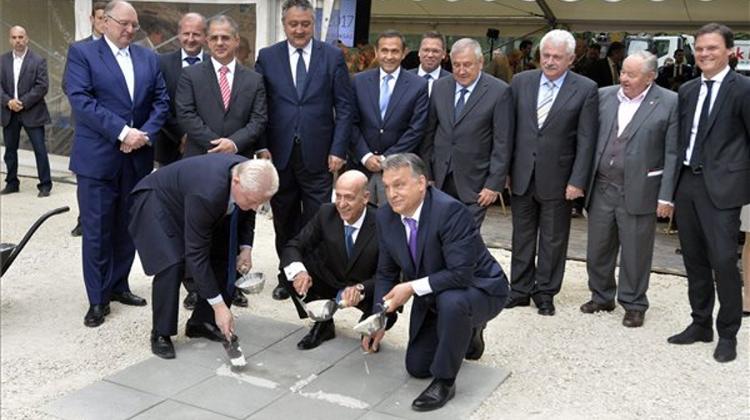 "Time constraints and other obstacles can be resolved through joint effort", Prime Minister Viktor Orbán said at the cornerstone laying ceremony of the Dagály swimming centre in Budapest, to be built for the 2017 World Aquatics Championships. Less than 800 days are left for the construction of the facilities, but Hungary should prove that it can complete the project in two years instead of four, like others have, Orbán said.

He promised that Hungary would act not simply as an organiser of the event but as a true host. The event was also attended by FINA chairman Julio C. Maglione and Budapest Mayor István Tarlós.

Hungary was originally planning to host the 2021 championships but after Guadalajara from Mexico withdrew from being the host of the 2017 event, Budapest accepted the task.