Pro-Immigrant Ads Will Appear In Hungary In July 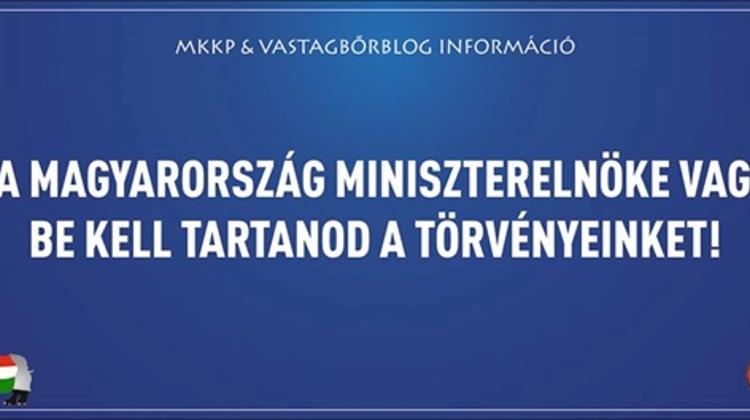 The Magyar Kétfarkú Kutya Párt (MKKP) and Vastagbõr blog will post their billboard opposing the government’s anti-immigrant ad campaign from July 1, the satirical political party announced yesterday. Its president Gergõ Kovács told vs.hu website that the party will place its messages on 500 billboards across the country on July 1 and another 500 in the middle of the month.

The billboards will be leased from outdoor ad firm Publimont, owned by Lajos Simicska.

Organisers plan to post 20 different messages, some of which will encourage people to declare solidarity with refugees, while others will provide information about NGOs working with immigrants.

A billboard will also be pasted in Felcsút, the prime minister’s home. Others will appear in London and Berlin.

Organisers conducted an online poll to select which message should be on the Felcsút billboard.