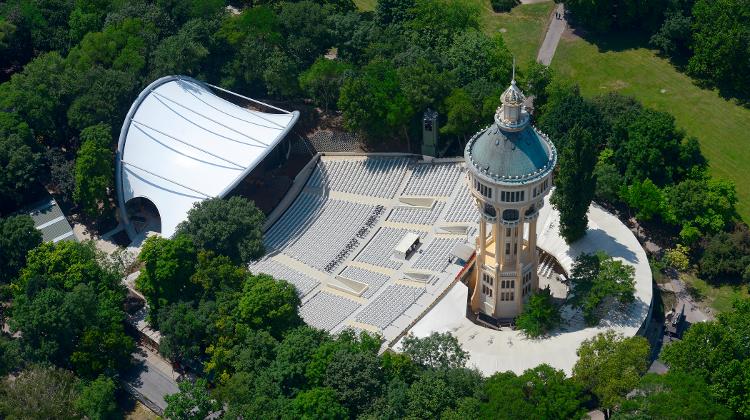 First class tickets to performances at the Open-Air Theatre on Margaret Island, hotel room with breakfast, roundtrip boat transfer and Water Tower admission in one package with significant savings – this is on offer in Budapest Summer Festival’s Sleep in Budapest with a theatre ticket complete package. The Budapest Summer Festival offers 12 summer weekend getaways of exclusive cultural and tourist packages at a significant discount.

"Head to Budapest - an attractive year round destination for cultural tourism. We are proud that in recent years the main stage at Margaret Island has been renewed with the 104-year-old water tower in its garden and has become the most beautiful summer playground in Central Europe, where we offer spectacular productions in all genres, with the best artists and star performers.

By expanding the related services, we hope to make the experience available to everyone, "said Teodóra Bán, the director of the Szabad Tér Színház Nonprofit Kft.

True to the Festival slogan of "Beyond theater; an experience!" this year the Theatre pleasure-boat will again operate chartered boats for travel to the performances, which arrive at the private dock of the Open Air Theatre and Water Tower five times daily.

The complete Sleep in Budapest with a theatre ticket! package is offered by four hotel partners: The Danubius Margaret Island Grand Hotel and Health Spa Resort, The Novotel Budapest Danube, The Mercure Budapest Buda and The Star Inn Hotel. The packages between June 12 and August 30 include a number of extra services for guests (spa, restaurant specials, fitness, sauna, parking lot, etc. – and vary by hotel and may be viewed on the eng.szabadter.hu site).

There’s something for everyone among the presentations at the 2015 Open Air Theatre performances on Margaret Island. Classical music lovers will enjoy the Liszt and Dante opening concert on June 12th by the National Philharmonic; opera enthusiasts the Queen of Sheba and Tosca; contemporary dance lovers the Catulli Carmina and Carmina Burana; and musical fans can look forward to Jesus Christ Superstar.

There will be a Night Revue Circus, Edward Maya Symphonic world premiere, Chico & the Gypsies and Vive la France! continue the popular film-music-concert series. The stories of two famous world travelers, Móric Benyovszky and Marco Polo will be presented in dance, the former by the Hungarian National Dance Ensemble (Magyar Nemzeti Táncegyüttes), the latter by an ensemble from Inner Mongolia, and on August 20th, the Virtuosos will give a holiday concert.

The eng.szabadter.hu site lists all the programs included in the package, and an additional 10% Early Bird Discount is valid until the end of May.