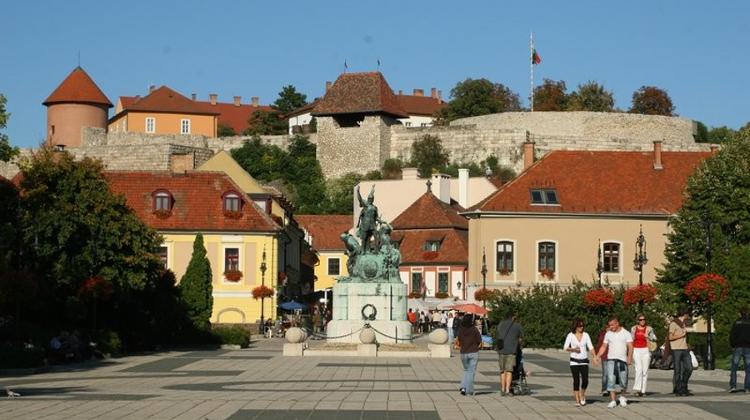 The refurbishment of the Dobó Square in Eger, completed through EU funding of some HUF 4bn, is a good example of the Government’s productive efforts and a major milestone in the everyday life and history of the city, the seat of the archbishop of the Roman Catholic Archdiocese of Eger, Minister of State for the Utilization of EU Funding Balázs Rákossy said at the opening ceremony of the renewed city centre.

Eger has been one of the most highly frequented tourism destinations of the country, he stressed. The region has also become more and more attractive as a tourism destination, and tourism services in Eger have been steadily improving. It amply deserved the “Major Tourism City” award in 2015.

The city is predestined for cultural tourism by a historic Baroque city centre, the oeuvre of Géza Gárdonyi, the 1000-year presence of the Catholic Church and mementos from the Ottoman-era occupation, Balázs Rákossy pointed out.

According to statistics, the volume of tourism traffic in Eger has since 2010 grown faster that the national average, by some 30 percent. While the number of tourism nights by foreign guests was up by 54 percent between 2010 and 2014, that of Hungarian guests rose by 22 percent and the duration of average stay was also longer at accommodation establishments. Investment and development projects implemented through EU funding have also contributed to these excellent data, he added.

Out of the 25 tourism projects realized thanks to grants totalling HUF 6.5bn in the EU fiscal period 2007-2013, Balázs Rákossy highlighted the development of the Eger Castle, the building of the Cultural, Tourism and Visitor Centre of the Archbishop's Palace and the construction of a bike track that leads to the Bükk Mountain through the city.