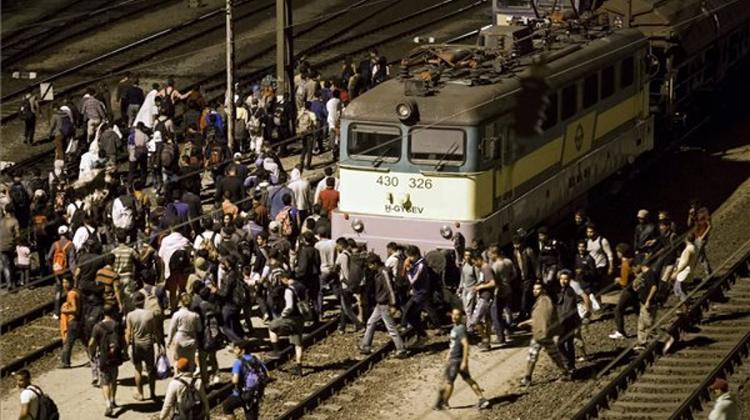 Police apprehended a total of 5,386 border violators over the weekend. A report published on the police’s website shows that 2,181 persons were apprehended on Friday, 1,002 on Saturday and 2,203 on Sunday. Criminal proceedings were started against 38 people for human smuggling and against five people for forging documents. Most border violators were caught in the southern parts of Csongrád County, a police spokesman said.

A total of 1,991 people, including 518 children, were stopped on Sunday, and most of them claiming to be Syrian citizens, Szabolcs Szenti said. Some 5,000 migrants have arrived in Serbia from Macedonia since Sunday afternoon and around half of them already set off in the direction of the Hungarian border, Hungary’s M1 news channel said.

This is the largest wave of migrants reaching Serbia, and they could reach Hungary within days, M1’s correspondent said in Presevo. In Hegyeshalom on the Hungary - Austria border the “old” border crossing on Highway 1 was still closed to general traffic and only migrants’ buses were allowed to pass through.

It will not be necessary to change trains at the Hegyeshalom border station, railway company MÁV said.

After the suspension of international westbound services from Keleti on Thursday due to the chaos that ensued after migrants decided to leave for Austria and Germany en masse, the situation has quietened down and limited services resumed on Saturday.