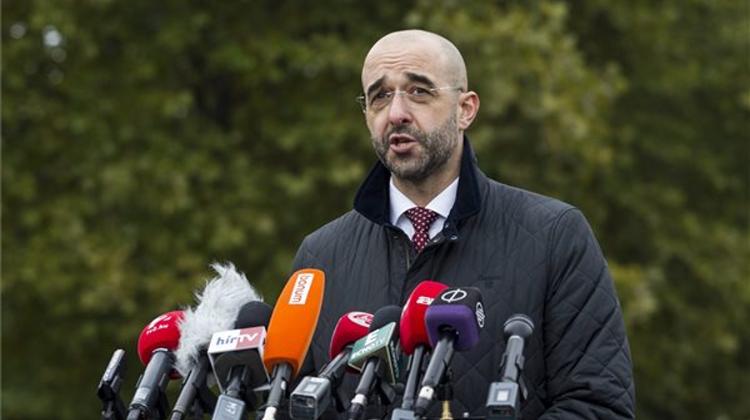 Hungary does not support any proposal to open corridors on its closed southern border sections for migrants trying to enter the EU, government spokesman Zoltán Kovács said. Speaking after a meeting of Hungarian, Croatian, Austrian and Slovenian police chiefs in Vienna, Kovács said the four countries agreed that the migrant crisis could be resolved by reinforcing the Turkish-Greek border and by setting up international border patrols.

Such a solution would have to be approved by both Turkey and Greece, he added.

Kovács said the police chiefs did not even discuss the possibility of opening a corridor for migrants.

Concerning registration points, they agreed that only migrants who are proven to be eligible for asylum should be allowed into the EU from hotspots. Hotspots should, however, remain open in the other direction, he said.

The spokesman said Hungary is open to “doing its fair share” in returning “the hundreds of thousands of migrants whose asylum requests had been rejected”.

Kovács noted that Hungary has spent over 250 million euros on border protection in recent months.