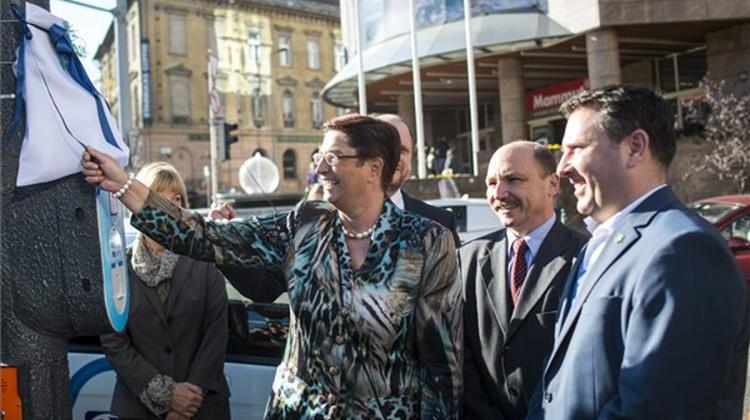 The first "smart lamppost" in Budapest with LED lighting and serving as a charger for electric cars and as a WiFi hotspot, was officially installed in Buda on Thursday. The intelligent lamppost on Széna tér in front of the Mammut shopping mall also features a surveillance camera and an emergency phone with a direct link to the Second District police, said Marie-Theres Thiell, head of energy company Elmû-Émász.

T-Systems Magyarország BDK and Hofeka also took part in the development, along with Elmû-Émász.

It is important to have as many such lampposts as possible for the spread of the smart city concept, said T-Systems Magyarország CEO Rékasi Tibor.