See What Happened @ The Xpat Party For Charity, 5 November 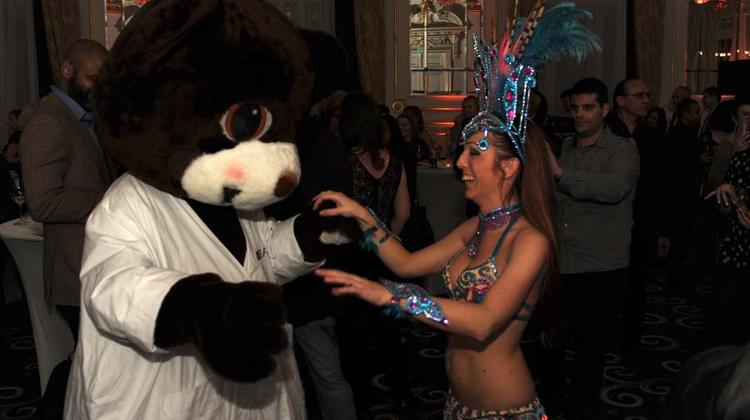 250+ Xpats came together in the Corinthia Hotel's historic ballroom to raise money for charity at XpatLoop's 15th birthday celebration. It featured plenty of refreshments, live music, exotic dancers, a laser show, virtual bonfire + fireworks, all adding up make it an enjoyable and worthwhile occasion. Praise is due to all event supporters, as this annual XpatLoop.com fundraiser proved a bigger success than ever, with nearly exactly HUF 2.7 m raised.

To see a photo gallery by Russell Skidmore click here

& see a photo gallery by Dávid Bacsa by clicking here 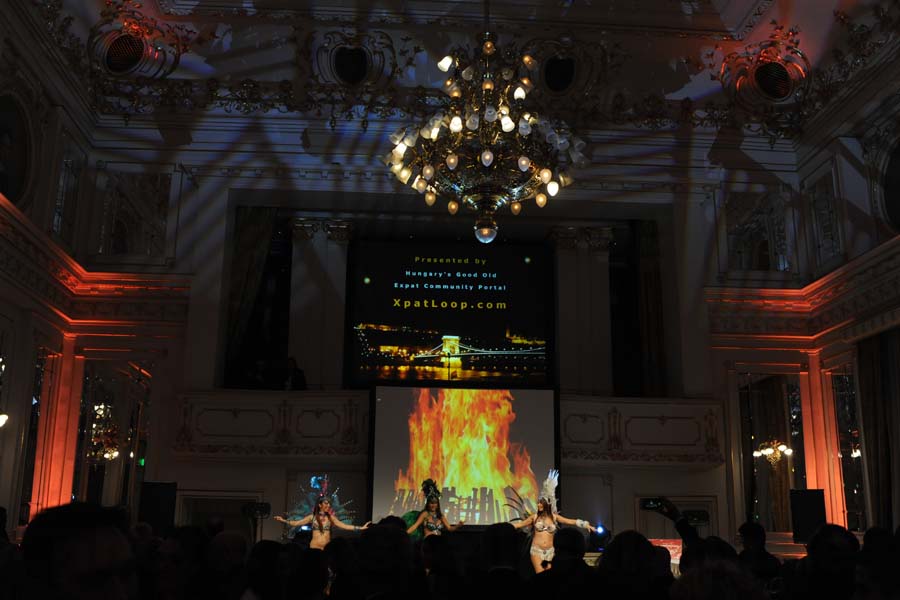 Feedback from guests, sponsors, supporters and the charities is really positive,
•    “Fantastic event, well done!”, Jean Pierre Mifsud, GM at Corinthia Hotel Budapest.
•    “What a stunning result! It makes me feel warm inside; also to see so many people having so much fun!”, Anne Zwack.
•    "The evening was gorgeous, it gets even better and better from year to year!" Éva Patzauer of Csodalámpa Foundation.
•    “Many congrats on putting together such an entertaining night!”, Adam Goodman, Owner of Mid Atlantic Films (pictured below). 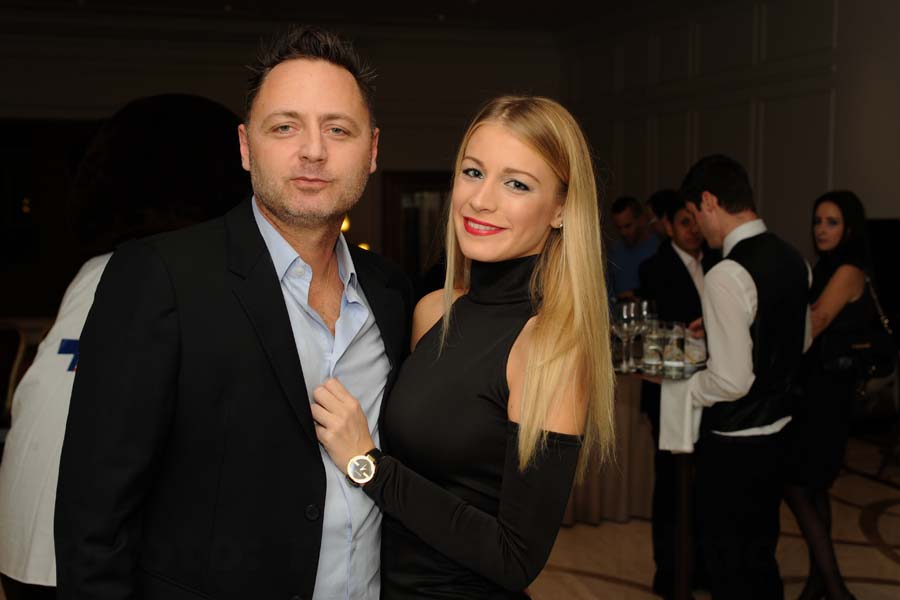 •    “Wonderful event last night. It was meaningful, well attended and had the right amount of "extravagance" to make it fun. It was enjoyable to see old friends and to make new ones!”, Directors of AmCham Foundation.
•    "It was amazing! Thank you for this wonderful event, congrats on the huge success for charity. Personally I had a great time and really enjoyed the party." Andreas Vogler, of All Nations Lions Club Budapest
•    "You pulled off another fantastic evening for both sponsors and guests. This event easily topped the last two. I'm especially happy with the amount raised for charity. I hope we can raise even more next year." Dennis Diokno, MD of FirstMed (below). 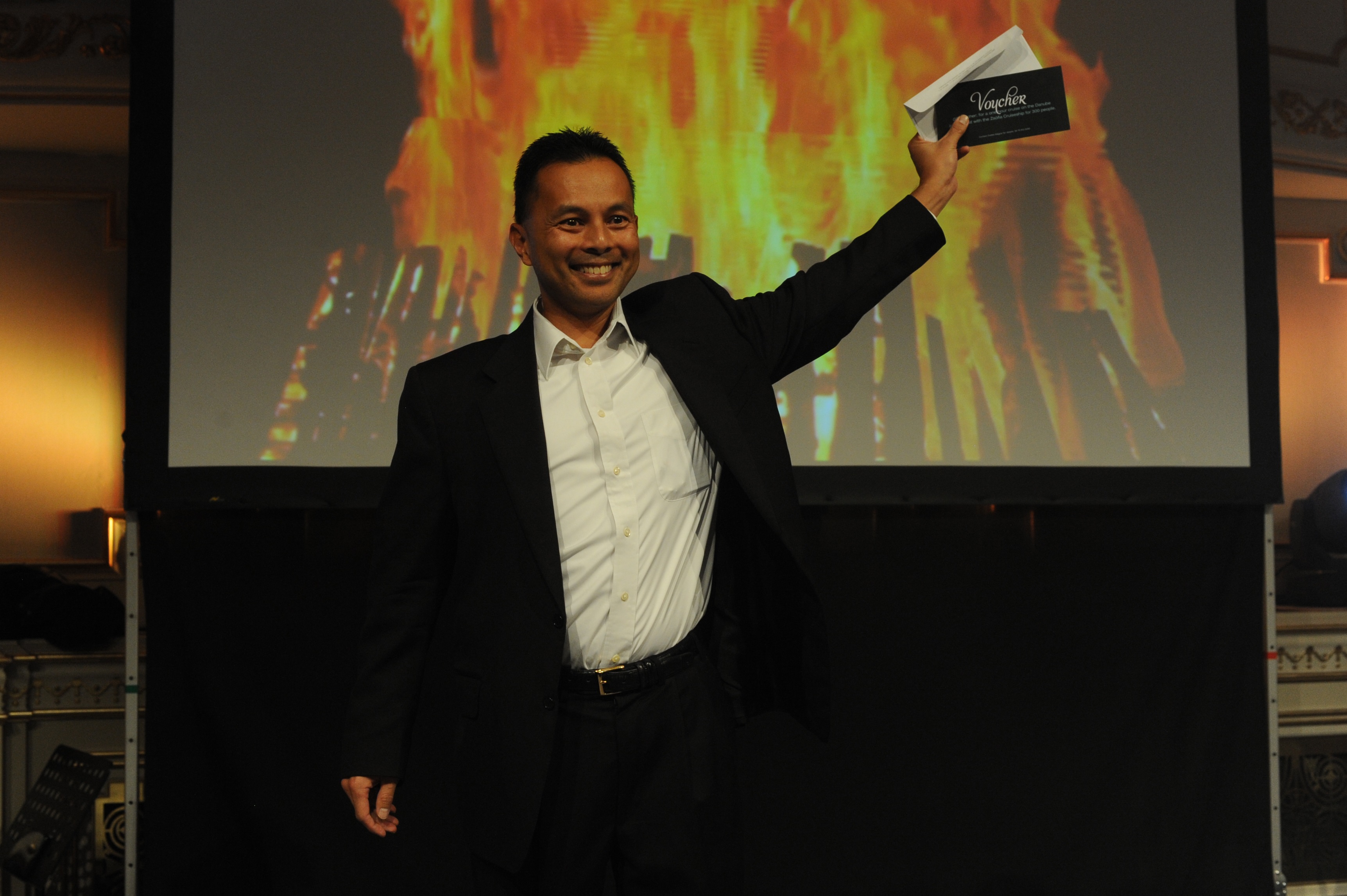 Dennis Diokno, the event's main sponsor for many years now, gave a great speech, as did Anne Zwack (below), and as the Guest of Honour she 'set light' to the virtual bonfire as part of the '5th of November Fireworks Night' theme. 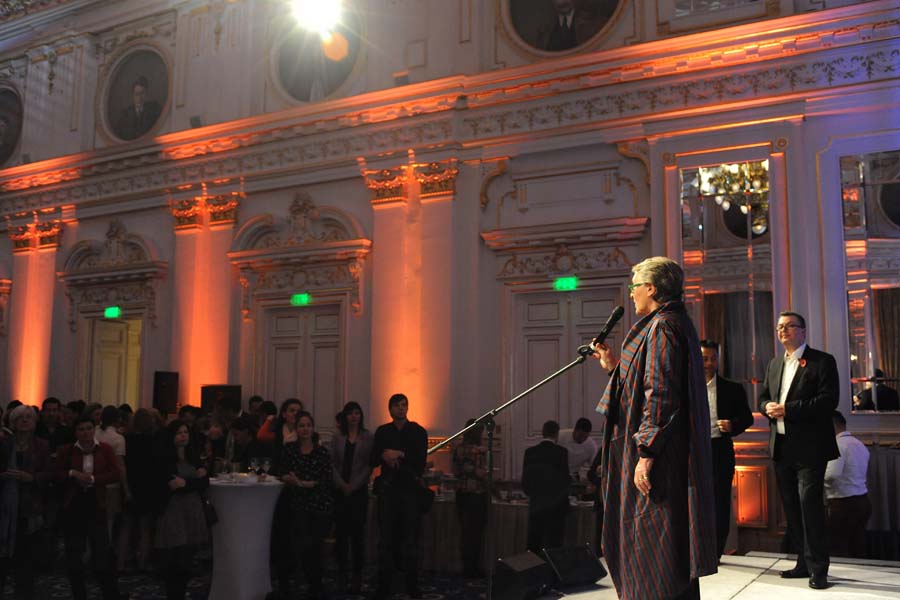 During the evening Emese Danks of UNICEF, Andreas Vogler of All Nationals Lions Club Budapest, and Éva Patzauer of Csodalámpa Foundation all made speeches on behalf of their respected charities. First Medve, the mascot of FirstMed, also joined in with a smile, posing for photo's with guests, before dancing with the samba stars (top pic). 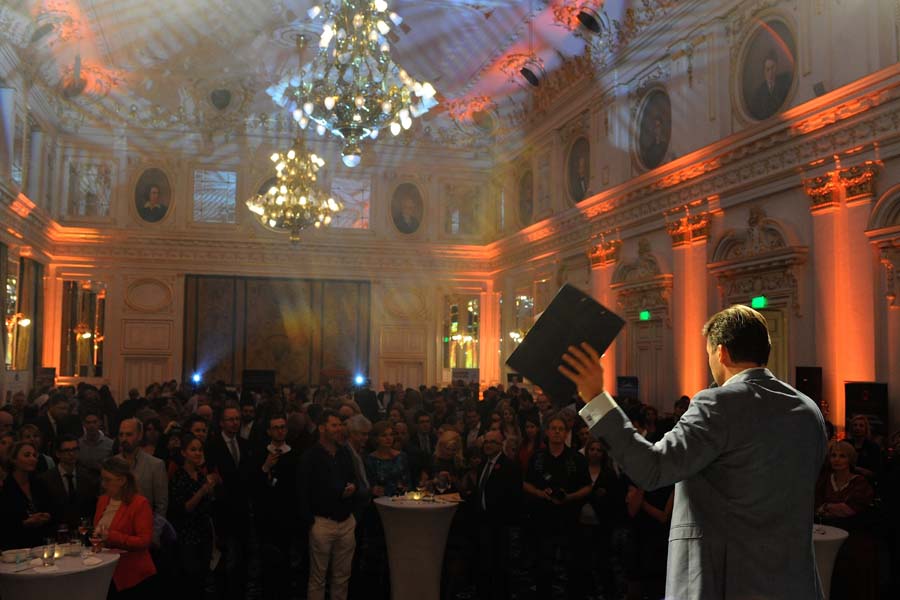 Master of Ceremonies Gábor Herendi introduced all the speakers, including Szabolcs Szabo, Hotel Manager at the Corinthia Budapest, who made an entertaining address about his expat experiences. Stephen Linfitt, the founder of XpatLoop.com and organiser of this event, rounded off the welcome speech section by warmly thanking guests and sponsors for all their kind contributions. 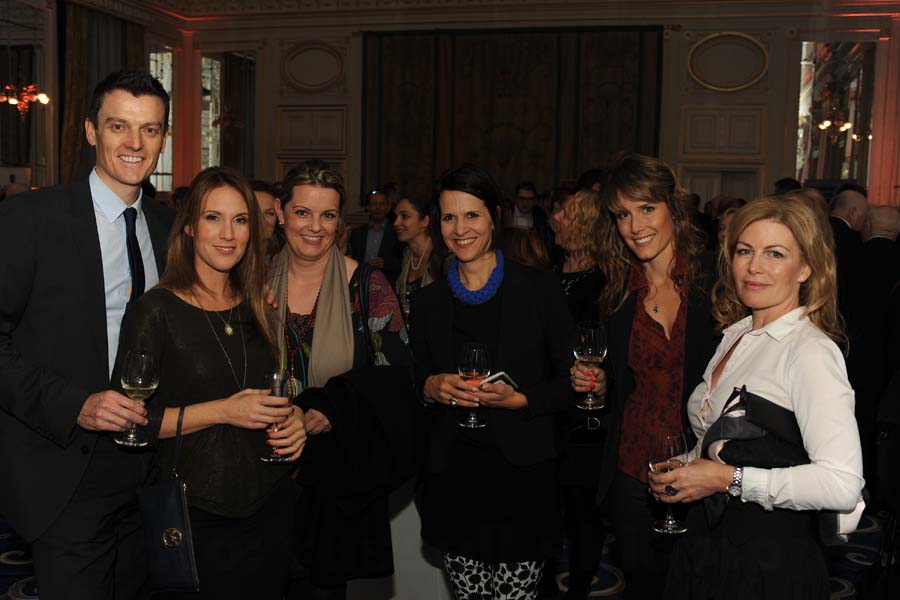 Guests included many company leaders, film producers, artists, school teachers and directors, senior diplomats, and even a Lord, along with many other kind-hearted and fun-loving folks who got into the spirit of the event and 'celebrated for charity'. 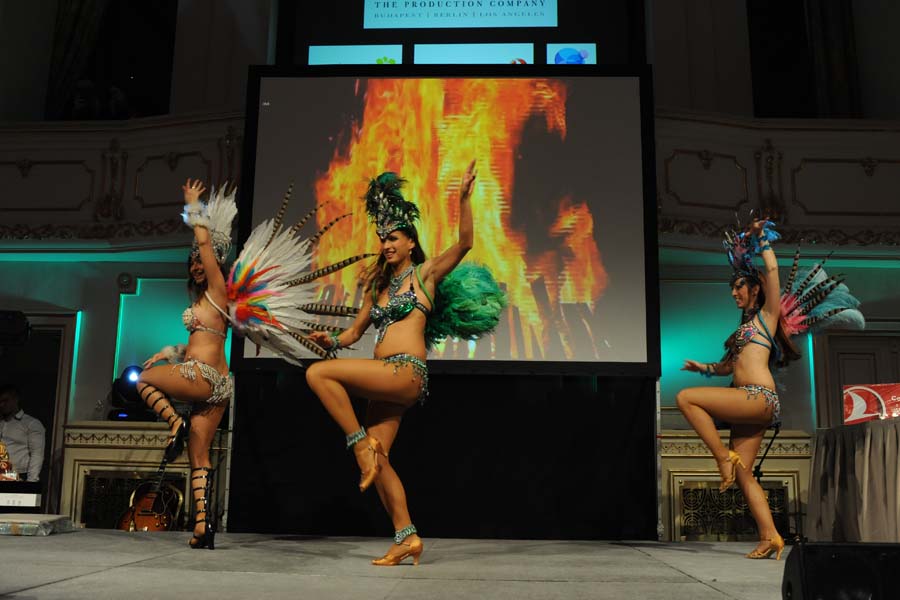 Performances from Sambahia and Bellyart dance groups went down very well. Musical entertainment came from DJ Mahogany (who flew in from Brooklyn, NY), the soulful NR Duo (Renato Burai & Norbert Aranyosi, sponsored by Brklyn Budapest), and soprano Gyöngy Deák (pictured below, singing from the balcony during the Goldlaser show). 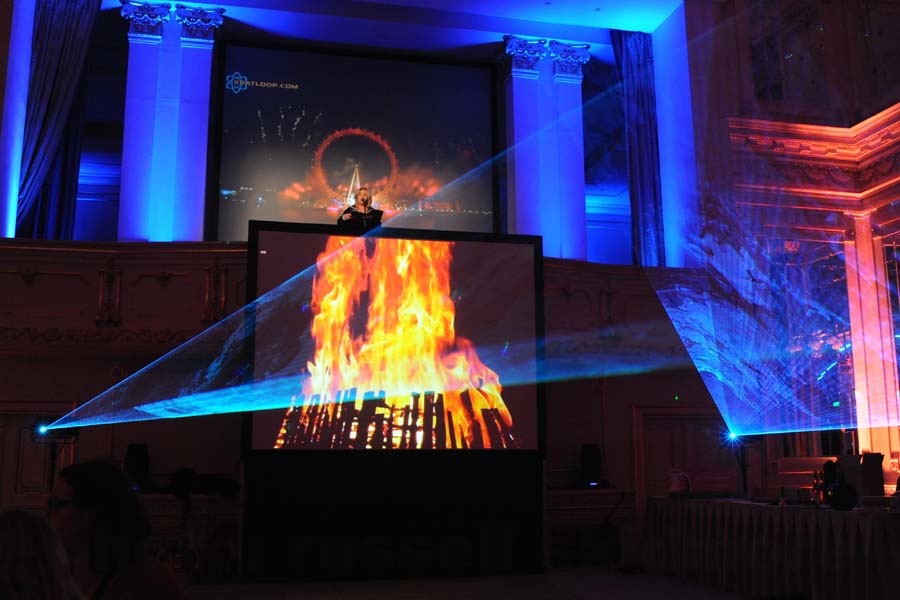 The drinks selection included: 30+ fine wines from Frittmann, Hilltop, Katona, Kertesz, Léránt, Pannon Tokaj,Twickel, Wunderlich, plus Sauska Rosé sparkling wine from Bortársaság. Hungarian craft beers from Marionett & Élesztő, outstanding single malts from Whiskynet, a wide range of premium pálinka from Sándor Zwack's Nobel range were served as well. There was Clearwater too, plus tea and coffee were provided by the hotel, which also gave fantastic and friendly service all evening. 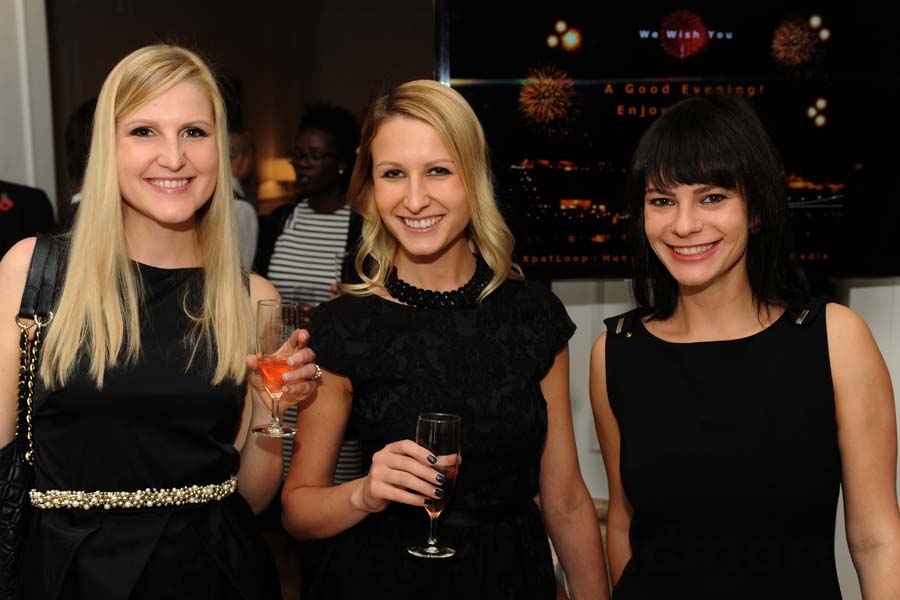 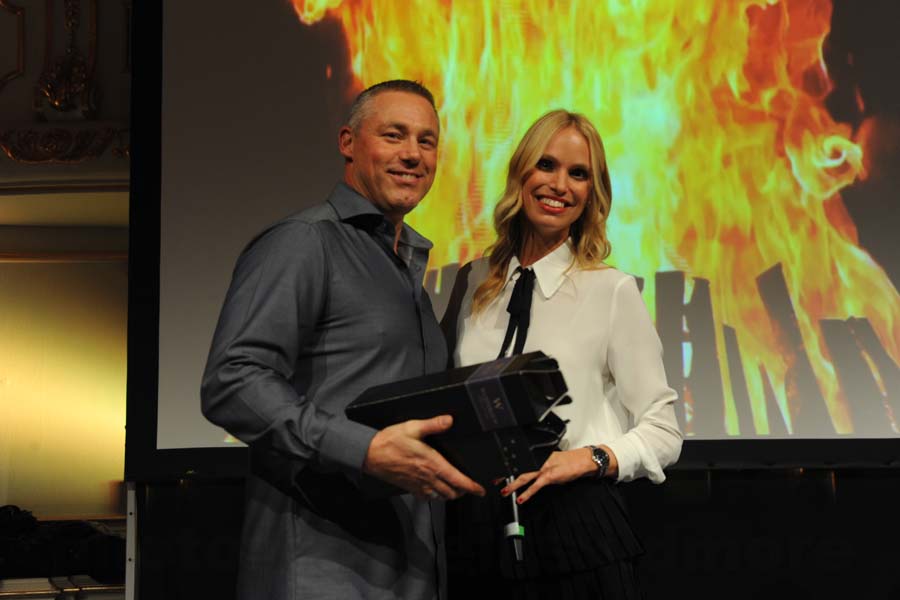 The business card draw brought proceedings nicely to a close, with too many items to list here but appreciation was shown at the event to everyone who donated prizes. 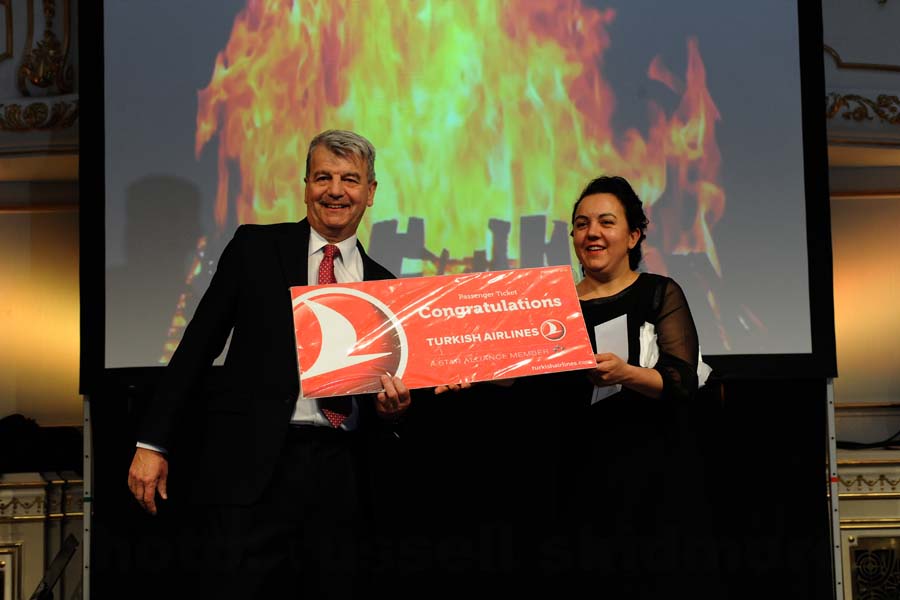 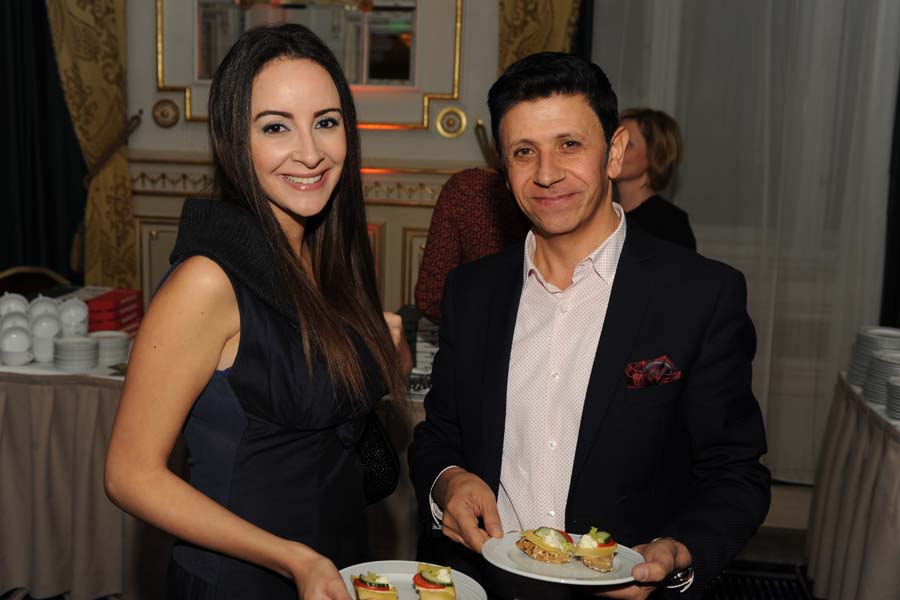 Around the entrance to the ballroom were informative and interactive displays by the charities and XpatLoop partners, including: American International School, Britannica International School, CEU Business School, Notebookspecialista, Match Made Abroad, Foundrybox, Simon Skottowe, and main sponsor FirstMed. A colourful ‘Farewell Bag’, provided by Fitadvisor thanks to support from András Dorka, was given to all guests at the end of the event, containing a little Tesco goodie, and literature from event supporters. 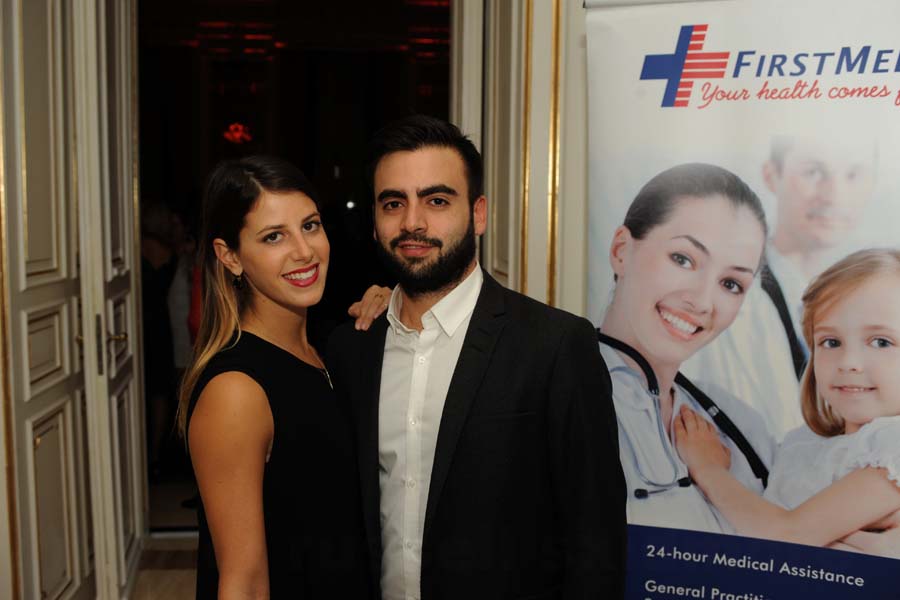 At around midnight a 'team photo' was taken showing most of the guests left standing. Live music played as the final group of folks departed, with those guests all agreeing they'd really had a ball - for a good cause! 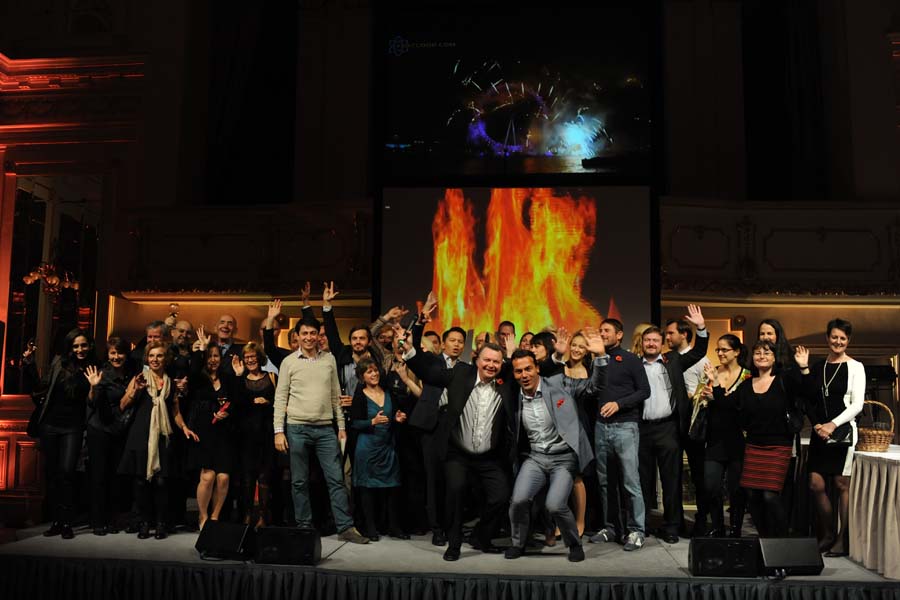