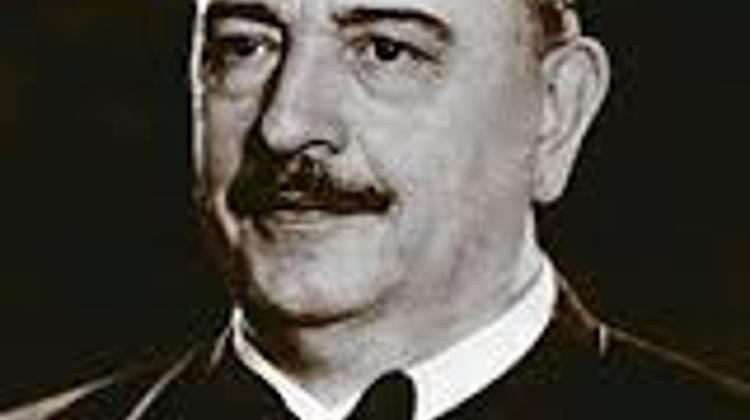 The leading left-wing daily criticizes plans to honour the memory of historian Bálint Hóman, who as Minister of Education and Religion under Regent Miklos Horthy was actively involved in anti-Semitic legislation.

The proposal to erect a statue to Bálint Hóman, a historian and former Minister of Education and Religion in recognition of his scholarly merits and his activity as a Székesfehérvár MP came from a foundation named after him.

Hóman, who supported anti-Jewish legislation and followed the Arrow Cross administration as it withdrew to Western Hungary as Soviet troops advanced in 1944-45, was condemned for war crimes after the war, on the grounds that he had supported Hungary’s war against the Soviet Union.

He died in prison. He was legally rehabilitated in 2015 and the foundation was granted the sum necessary to erect the statue by the Ministry of Justice. When his role as a political anti-Semite was publicised by opponents, three cabinet ministers, including the Minister of Justice himself, said the statue should not be erected.

Several organisations within and outside Hungary including the World Jewish Congress, the Hungarian American Coalition and the Lantos Foundation have protested against erecting a memorial to Hóman.

In a front page editoral Népszabadság acknowledges Hónman’s merits as a significant historian, but strongly opposes the idea of erecting a statue to a promoter of anti-Semitic legislation from 1938 to 1945.

The left-wing daily finds nauseating the arguments according to which Hóman should be honoured for his academic merits which, according to some right-wing commentators and historians, should be assessed independently of his political career.

As Hóman was a member of anti-Semitic governments and actively supported anti-Jewish laws, Népszabadság would find it advisable even to ban his work as a scholar from Hungarian memory.