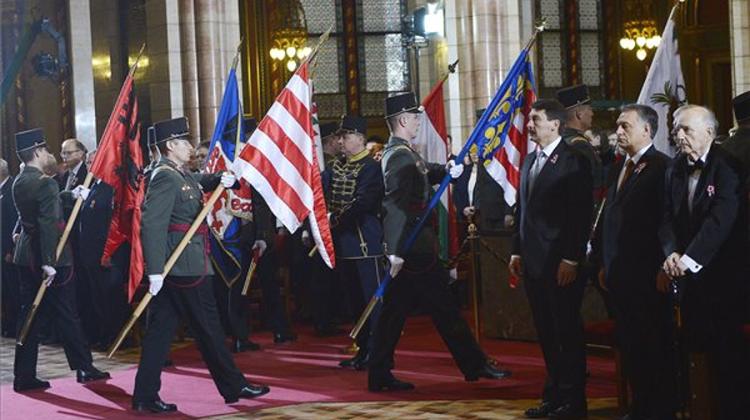 Prime Minister Viktor Orbán is not taking seriously the strike threat issued by a leader of the teachers protests at Tuesday’s rally, he said yesterday. Asked about it by Népszabadság in a corridor of Parliament, Orbán said “I took that as a joke”.

“The whole thing sounded too funny,” he added.

High school headmaster István Pukli had told the teachers demonstration that the prime minister and the president should apologise to “those people who were humiliated in the past six years”. Unless such an apology is issued by midnight March 23, he said, teachers should stage a one-hour strike on March 30.

Asked whether he thinks there will be a strike, Orbán replied “I will be coming to work”.

Orbán responded as if he were living in “a dream world,” and suddenly woke up to reality and does not believe that this is it, Pukli remarked.

He said he also has the idea that Orbán is clearly aware of everything, but the cabinet has run out of strategic options. “They do not know what to do, so they deny things.”