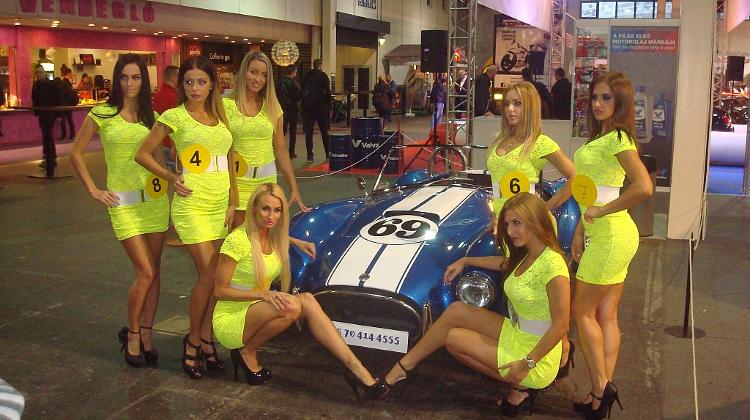 Last weekend the Hungexpo in Budapest hosted one of the largest car tuning shows in Europe. For the uninitiated a car tuning show is not like your average car-show, think more "Pimp my Ride" than Geneva! Car tuning means the car has been modified, either cosmetically or performance wise and some of the cars on show had to be seen to be believed and a lot of the time you are asking yourself one question, why? Why does any car need sets of speakers that could put a nightclub to shame?

Neon flashing lights under the car, spoilers, types of upholstery that you would need to go to a dry cleaners not a car wash. But speaking to the owners and seeing their enthusiasm you begin to appreciate the hours of hard work and dedication it takes to create such unique cars, not to mention the expense.

Clearly the owners like the attention the cars attract but there is a genuine community feel between the owners which shines through. But this tuning show is also a competition with the best car picking up a host of prizes.

There is also a drifting show which is where the drivers show of their skills and the cars enhanced capabilities, drifting is when a car is deliberately over-steered around a corner and it makes a good spectacle for the crowds watching outside in the special drifting course.

Who knew a lot of noise, wheel screeching and smoking tires could be such fun to watch? Something which was also nice to watch funnily enough was the beauty contest! Eight lovely ladies competing for the title of Miss AMTS, where the winner goes on to represent Hungary in the Germany tuning show which is the 'big dog' of these tuning shows in Europe.

Alongside the hundreds of privately exhibited cars are some of the biggest names in the automotive industry marketing their latest products to a captive audience of petrol heads. Nissan unveiled their latest Infiniti car to hit the Hungarian marketplace.

Suzuki were well represented on a beautifully constructed stage and there was also an old timer hall which had some classic lovingly restored American and European cars. My personal favourite from the show was a 1956 Dodge pick up in mahogany brown, no tuning needed, it rolled out of the Michigan factory fully blinged!

A third hall contained motorbikes in one half and a country and Western theme in the other, with live bands playing throughout the day. Every day of the show had a variety of programs going on in every room as well as outside.

From a Bentley being cleaned by two bikini clad girls too an amazing dance performance from the Car Dolls three times a day on the main stage to Harley Davidson promotions and a junior motorbike course. This has to be one of the most fun events that Budapest has to offer and if you do love cars then its heaven on earth!"

Words and photos by Arthur John

This above was kindly contributed by a regular reader of XpatLoop.com
Your opinion articles are welcome too (for review before possible publication) via info@xpatloop.com