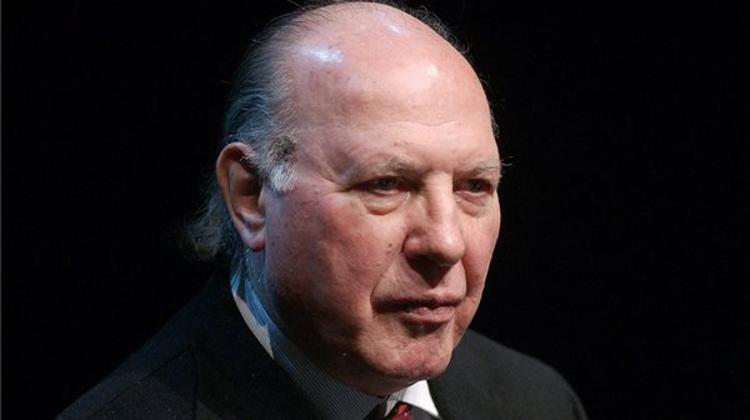 Nobel laureate author Imre Kertész died at age 86 after a long and serious illness, the publisher Magvető said. The novelist, essayist and translator was the first Hungarian to win the Nobel Prize for Literature, becoming a Nobel laureate in 2002.

In his work, Kertész focused on the experience of the individual trapped in the barbarianism manifest in the Holocaust, returning to the subject in several quasi-autobiographical novels. Born in a Budapest Jewish family in 1929, he experienced the horrors of Nazism first hand as an adolescent.

He was 14 when German forces occupied Hungary in 1944 and the deportation of Jews and Gypsies to death camps soon began.

Along with about 7,000 other Budapest Jews, Kertész was deported to Auschwitz in Nazioccupied Poland, and then to the Buchenwald concentration camp in Germany.

Kertész’s first book, “Sorstalanság” (“Fatelessness”, published 1975) initially received little critical attention but it was to establish Kertész as a unique and provocative voice in the dissident subculture within contemporary Hungarian literature.

The book is a detached and almost emotionless account of a fifteenyear- old Jewish boy, who narrates his experiences in the horrors of the Nazi concentration camps.

In the early 1980s, Kertész was still a relatively unknown writer, but following the regime change of 1989, his work began receiving international attention. His books were translated into French, Swedish, German, English and other languages.

He briefly joined the Hungarian Writers’ Association, but soon resigned in protest against anti- Semitic manifestations In the 1990s, he published more works than in all previous decades.

In the final years of his life Kertész divided his time between Berlin and in Budapest. Kertész was awarded the prestigious Kossuth Prize in 1997 and the Order of Saint Stephen of Hungary in 2014.

The author said the bestowing and his acceptance of the latter was about “the desire and inevitability of reaching a consensus”.

His literary awards included the Brandenburg Literature Prize (1995) and The Book Prize for European Understanding (1997) among many others. “Fatelessness” was made into a film in 2005 (under the title “Fateless”). “Fatelessness” and “Kaddish” were re-translated into English by Tim Wilkinson in 2004.

Wilkinson also translated “Liquidation”. Hungarian President János Áder said in a letter addressed to Kertész’s family that his works had spoken of the desire for freedom and happiness. He said everyone could be grateful for the author’s bravery and consistent honesty.

Kertész saw with a clear eye the nature of dictatorships and their “irrational times” like no other. He knew that in the absence of freedom, it was only possible to bear life with a free soul, Áder wrote.

In another letter to the Kertész family, Prime Minister Viktor Orbán said it was regrettable that “the great author and translator can only be with us through his immortal lines,” the prime minister’s press office quoted Orbán as saying.

Like Hungary’s-20th century history, Kertész’s life and works were also shaped by the Nazi and communist regimes, the party said. The opposition Socialist Party said the author’s works help answer the basic questions of humanism and universal morality.

Party leader József Tóbiás said “Fatelessness” offered a new perspective of the horrors of the Holocaust, making the tragedy easier to understand for millions of people. The green opposition LMP said Kertész raised fresh moral questions for an entire generation.

The opposition Együtt party said Kertész’s death is a major loss to Hungarian culture. His works made it easier for many to come to terms with the Holocaust and start anew, contributing to peaceful relations among Europeans, they said.