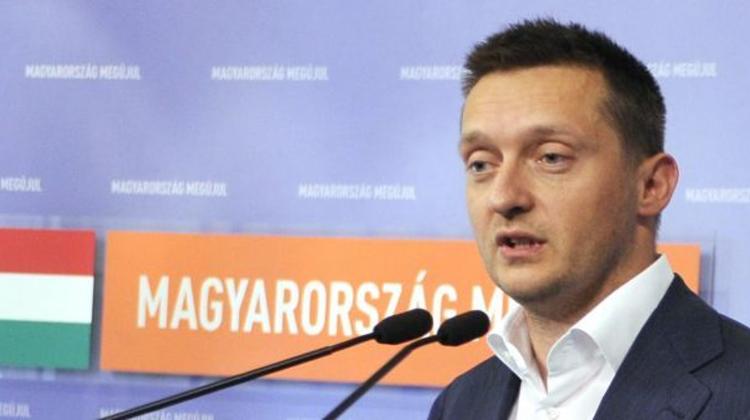 Convicted criminal Tamás Portik claimed in court on Friday that he delivered Ft 10 million worth of euros to a party office near downtown Budapest’s Centrál Café to then Fidesz caucus leader and Fifth District mayor Antal Rogán for taking care of a private property transfer.

Rogán, who is abroad, called Portik’s words “a torrent of lies” and Rogán’s office claims he had never met Portik.

Portik, who has been sentenced to 15 years in prison as an accessory to murder, was guarded by eight agents of the Counter-Terrorist Centre as he testified at the Capital Court on Fõ utca.

Portik was testifying as a witness in a civil lawsuit launched by Rogán against Together vice president Péter Juhász, who claimed that Rogán had taken part in selling several council-owned properties while also regularly engaging in business deals with criminals.

Juhász called on Rogán to resign and stressed that Portik’s testimony proves that the minister had been in contact with criminals.
Jobbik MP György Szilágyi urged the convening of a special session of Parliament for the cabinet to respond to Portik’s testimony.