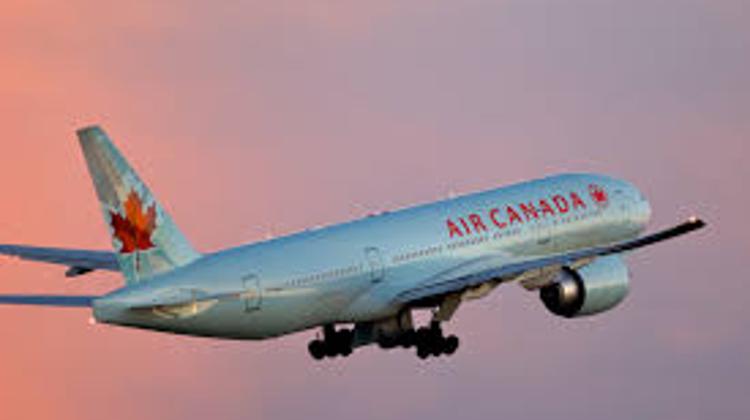 The arrival of flight AC1910 from Toronto-Pearson at Budapest Ferenc Liszt International Airport this morning further extends Air Canada Rouge's presence in Central Europe. The non-stop seasonal service, operating three-times a week, offers customers the most seats between North America and Budapest of any airline.

"We are pleased to add Budapest, a city rich in heritage along the banks of the Danube, to our growing international network. The new service makes Air Canada the carrier operating the most seats between the Hungarian capital and North America.

While an important tourist market, there are also many people of Hungarian heritage in North America and this new service will make it convenient for family, friends and relatives to visit one another by connecting through our Toronto-Pearson global hub. Budapest is the second Central European destination we have introduced this summer, with Prague recently launched and Warsaw to commence operating June 14," said Benjamin Smith, President, Passenger Airlines, at Air Canada.

Flights will be operated with an Air Canada Rouge Boeing 767-300ER, featuring Premium Rouge and Economy cabins. Flights will depart Toronto on Monday, Wednesday and Friday and return Tuesday, Thursday and Saturday from Budapest, with the service operating until October 15, 2016. Flights are timed to optimize connectivity to and from Air Canada's Toronto-Pearson global hub. All flights provide for Aeroplan accumulation and redemption and, for eligible customers, priority check-in, Maple Leaf Lounge access, priority boarding and other benefits.

Air Canada is Canada's largest domestic and international airline serving more than 200 airports on six continents. Canada's flag carrier is among the 20 largest airlines in the world and in 2015 served more than 41 million customers. Air Canada provides scheduled passenger service directly to 64 airports in Canada, 55 in the United States and 87 in Europe, the Middle East, Africa, Asia, Australia, the Caribbean, Mexico, Central America and South America. Air Canada is a founding member of Star Alliance, the world's most comprehensive air transportation network serving 1,321 airports in 193 countries. Air Canada is the only international network carrier in North America to receive a Four-Star ranking according to independent U.K. research firm Skytrax. For more information, please visit: www.aircanada.com, follow @AirCanada on Twitter and join Air Canada on Facebook.