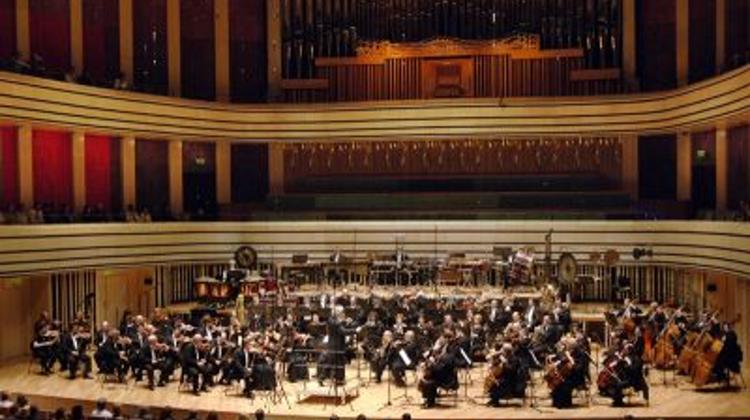 Press release: As you have already got used to it, in 2016, at the Opera Festival in Miskolc you can find a varied, rich program, and besides operas, several other classical and non-classical genres will be represented, too.

This year we celebrate the 135th anniversary of Béla Bartók’s birth. The composer’s only opera, Duke Bluebeard’s Castle is performed in Miskolc every year in a different stage-direction, with different casts. Of course, it will be performed now again, but at this year’s festival you can see all the three stage works of the composer – Duke Bluebeard’s Castle, The Wooden Prince and The Miraculous Mandarin – in one evening.

This performance called ’Bartók Marathon’ promises to be a large-scale, spectacular one: on the stage we can follow ’all the stages’ of a woman’s life. The event will be held on the 11th of June in the Ice Hall of Miskolc.

As far as operas are concerned: we offer works for those committed to opera as well as for the ones who just familiarize themselves with this genre.

Every year we ’take perfomances out to the street’, and present open-air productions on various venues of the town. Within the series of events called ’Opera for thousands’, in the previous years you could already watch Tosca, Traviata, Aida and Il Trovatore. This year another piece will be performed from the most popular works in the history of opera: Bizet’s Carmen. The first part (Act I and II) of the story of the gypsy girl, the soldier and the torreador leading to a bloody tragedy will be presented on the 13th of June at Hotel Avas. The next part (Act III) will take place on another day at the Avas Look-out Tower, and in the end you can see the whole four-act opera with an excellent cast (the venue of which will be announced later).

makropulos ajanlo 10Leoš Janáček: The Makropulos AffairAriadne auf Naxos, Richard Strauss’ masterpiece filled both with humour and tragical elements, has already been performed at the Opera Festival some years ago. It is characterized by beautiful, huge, melting melodies, a colourful orchestration and virtuoso arias. In the opera you can meet people of an elegant Viennese salon from the beginning of the last century as well as ancient mythological figures. The reason for this unusual cast is, that on the stage you see ’a theatre in the theatre’: the story is about the preperations and the premieres of two operas. The work will be performed by the Opera Krakow on the 18th of June at the Grand Theatre of the Miskolc National Theatre.

Hearing the name of Leoš Janáček, first you probably think of his opera Jenufa, which was also performed in Miskolc some years ago. His opera The Makropulos Affair presented in the Grand Theatre on 12 June, 2016, is performed less frequently, but it is no less remarkable. Thriller, fantasy and deep emotions are all characteristics of this thoughtful work, in which we meet the mysterious story of a more than 300 year-old, but still young-looking diva. The opera of the great Czech composer will be brought to you by the Helikon Opera from Moscow.

The Romanian George Enescu is also regarded as one of the most important composers of the last century, but he wrote only one opera: Oedipe. The story of Oedipe is well known from Greek mythology: Oedipe becomes his father’s murderer and his mother’s husband against his will, and without knowing about it. The libretto is based on Sophocles’ two plays about Oedipe, thus we can watch the whole story of the main character’s life. The Greek tragedy set to music will be performed by the National Opera of Bucharest on the 14th of June at the Grand Theatre.

It is a tradition here, that we present new Hungarian operas, too. The story of Tamás Beischer-Matyó’s new opera Creative Connections is about the complicated relationships of four people. They are successful in their jobs but vulnerable in their relationships, and their private life coming apart cannot be compensated by their success in their profession. The premiere, which is the coproduction of the Budapest Operetta Theatre and Bartók Plus Opera Festival, will take place on the 16th of June at the Grand Theatre.

Ballet is part of our program again. The well-known story of Romeo and Juliet was set to music by several composers, but probably none of them have become so popular than Sergei Prokofiev’s Romeo and Juliet, which is a real pearl in the history of ballet, and – besides The Nutcracker and Swan Lake – the most frequently performed ballet in the world. The production can be seen on the 15th of June in the Ice Hall of Miskolc, in the guest performance of the Oleg Danovski National Theatre of Opera and Ballet from Constanta.

Among the concerts, our Opening Gala on the 10th of June stands out. We welcome an international star: Sonya Yoncheva, the young Bulgarian soprano. In the concert at the Grand Theatre she will be accompanied by the Hungarian Symphony Orchestra Miskolc.

Our Closing Concert will definitely be an outstanding performance, too, with the Hungarian National Philharmonic Orchestra and conductor Zoltán Kocsis. The world-famous musicians will play Bartók’s Dance Suite, Concerto, an early piece of Bartók called Two Pictures, and Sándor Veress’ composition In Memoriam Béla Bartók.

The concert named '9 tenors' Gala – Hommage à Simándy’ (the great Hungarian tenor) will surely be a very popular event taking place on June 13 at the House of Arts.

During the ten days of the festival, lovers of classical music can listen to several chamber concerts: the performance of the Mitteleuropäische Kammerorchester, the Ferenc Erkel Chamber Orchestra, the Brassai String Quartet of Cluj-Napoca and the Budapest String Orchestra. You can also hear soprano Ilona Tokody with organist János Pálúr, the Bartók Béla Music Institute of the Miskolc University, flutist Eszter Horgas with the ClassJazz Band, the Budapest Youth Choir and the Cantemus Choir of Nyíregyháza. On Hero’s square you can watch the Szinvavölgy Dance Group, while the program named ’Bartók-Jam’ will take place on the night of the closing day: here you can listen to various musicians of different styles playing Bartók adaptations.

The list of the programs mentioned above is still only a taste from our offer, we soon announce the programme of our other festival events. However, it is not a secret, that this year you will find many programs of non-classical music again. In the Summer Theatre you can listen to popular singers every night, including the representatives of jazz, there will be programs for children, and several open-air music events will come on various places of the town, mainly on Erzsébet square and Hero’s square.