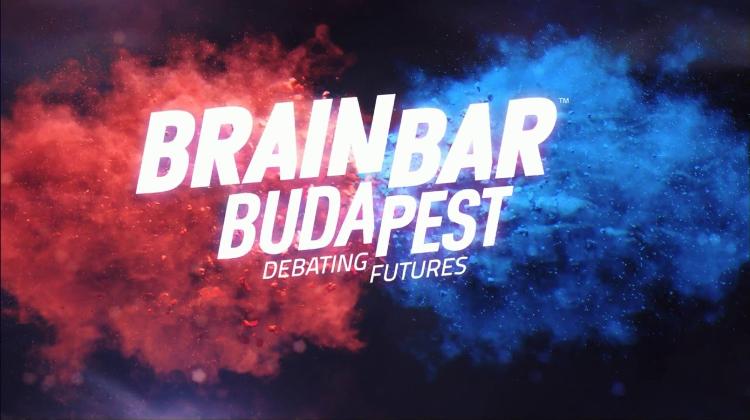 Brain Bar Budapest is where the challengers and trendsetters from across Europe and beyond give us a glimpse of what’s to come. Brain Bar kicks off where other festivals throw in the towel, say the organisers. They take the hottest potatoes and toss them into the interdisciplinary oven with extra paprika, apparently, letting ideas and visions challenge each other. Philosophers take on disrupters. It's great fun!

Technologists clash with ethicists. All interspersed with music and performance from artists with unique and unpredictable slants on what the future holds. Join us with partners Google and WIRED and prepare to be changed.

Astronaut Chris Hadfield, former commander of the International Space Station to discuss Earth and Space at Brain Bar Budapest this year. Europe’s festival on the future rises to a new level: Google as key partner and Wired, the global technology magazine as media partner have joined us.

We are in the midst of a new industrial revolution. The political, social and economic changes brought on by  transformations in technology have a profound impact on both global and national culture, our personal identity,  business relationships, life in cities and on our relationship with nature.

Brain Bar Budapest, Europe’s festival on the future brings together the world’s most exciting visions.

Topics will include Earth VS Space, Robots VS Creativity, Human VS Artificial Intelligence, Economy VS Biology,  Knowledge VS Information, Wars VS Video Games, debating competing visions of where Hungary and Europe are headed.

In 2016 Brain Bar Budapest is moving up to the next level. Google, a global technology leader, is joining the event as the key sponsor and WIRED, the global technology magazine, will be our media partner. The festival's tecnology partner is Magyar Telekom.

Brain Bar Budapest tickets are now available on the event’s website. Organisers provide a limited number of free access for students and teachers.