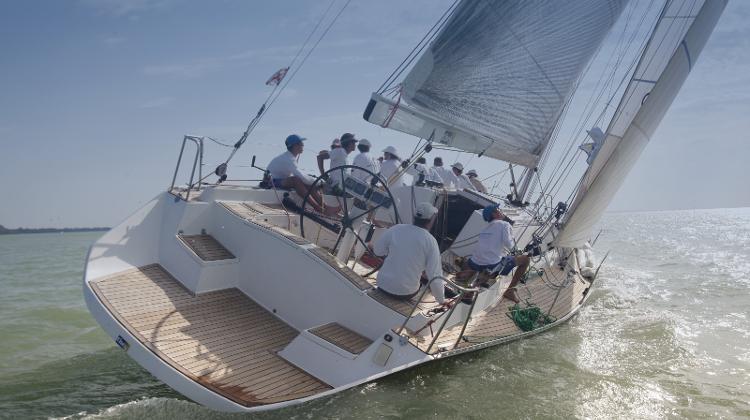 The 48th Kékszalag (Blue Ribbon) Erste World Grand Prix, the biggest regatta in Europe, will be held on July 14 at Lake Balaton.

As is custom, the race begins at 9am in Balatonfüred. More than 600 boats and some 3,000 sailors are expected to take part in the 155 km race on Lake Balaton.

They will be covering the Balatonfüred-Balatonkenese-Siófok-Keszthely-Balatonfüred route in the largest long-distance sailing race in Europe. The race is also accompanied by a series of programmes for participants and visitors.

Balatonfüred hosts many cultural events: the VinCe Balaton wine festival begins at the time of the race, while the Hungarian Yachting Association (HYA) is organising programmes such as a sailing competition at night, under spotlights, sailing school presentations, or the Audi Ultra Cup speed race with the fastest boats of Kékszalag.

According to kekszalag.hu, the first Kékszalag was held in 1934, making it the oldest round-the-lake sailing competition in Europe. The 155 km course is the longest among the European regatta events, and nowadays its participants constitute the largest group of contenders on the continent. The aim of the original race was to find the fastest boat on Lake Balaton.

Soon, different restrictions were introduced that disqualified certain types of boats. As modern sailing in Hungary developed in the 90s, discussion began to open up the race to all boat types. Eventually, the HYA decided to lift the restrictions, and in 2014, Kékszalag became a free race again.

Originally, Kékszalag was held biennially, but in 2001, in answer to the increased demand, it became an annual event. The 2000s are known in sailing history as the Litkey era, after Farkas Litkey, the most successful sailor of Kékszalag, who has won the race 11 times.

The current course record is held by the two masted catamaran Fifty-Fifty, sailed by Márton Józsa and his team, who completed the race in 7 hours and 13 minutes in 2014.